British Gas Reviews: How good is their customer service?

As the largest energy supplier in the UK market, British Gas is inevitably making a lot of noise; whither that is for better ir for worse. Looking at British Gas reviews is an important step to take in deciding whether or not they are the right supplier for you. While the sheer number of customers they have may seem like a vote of confidence from the UK public, the simple truth is that we as a nation tend not to switch suppliers as much as we should.
Last update: June 2022

We Consider British Gas To Be A Stable Supplier

As you may have heard on the news, the UK energy market is currently under an immense amount of stress putting several energy suppliers out of business. However, we have designated British Gas as a stable supplier because of their positioning in the market as well as their solid financial performance. To learn more about this and stay updated on a daily basis you can read our page on the UK energy crisis.

Indeed, less than half of all UK energy consumers switch suppliers, and as a result, we’re chronically overspending on the energy we use. By looking at British Gas reviews, you can determine whether or not the company’s energy and other services are worth your hard-earned money… or whether you’d be better served by a smaller supplier. 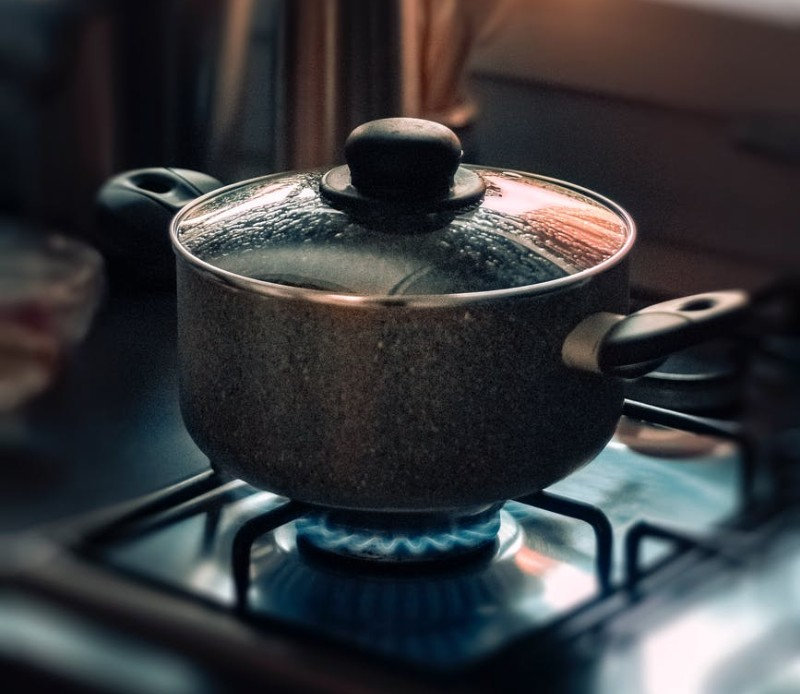 British Gas is arguably the biggest energy supplier in the country. Once government-owned, the company was privatised in 1986 by Margaret Thatcher’s conservative government prior to the broader privatisation of the UK energy industry in 1990. Though it is no longer the state energy supplier, it nonetheless still commands a huge (over 27%) share, it dwarfs even bigger competitors like EDF, E.On, N Power, Scottish Power, and SSE. British Gas doesn’t just supply energy. It also provides other services such as boiler installation and cover, and home insurance. By looking at British Gas reviews, we can ascertain what the brand’s millions of customers really think of them.

Thinking that British Gas not the best option for you? That is where we get involved! By calling the number on the top of the screen, we can help you find a new plan and switch energy suppliers in under 20 minutes.

Is British Gas any good?

As the UK’s biggest energy company, consumers may rightfully expect British Gas to offer a higher standard of customer service, energy fuel mix renewability and lasting value for money. After all, with a 27.03% share of the market (more than E.On, NPower and SSE put together), not to mention some of the consistently highest prices on the market, they have a lot to invest in securing and training the best customer service agents, engineers and other personnel out there to deliver a market-leading service.

But do customers’ lived experiences match this expectation?

We’ll take an extensive look at the British Gas reviews online to see what the energy giant’s customers really think of them!

There are a number of sources from which British Gas reviews can be pulled. While the majority of our investigation here will come from the company’s Trustpilot page, we’ll also take into account their Citizens Advice ranking, and what customers say about them on Reviews.io.

On Trustpilot, British Gas have a customer score of 3.6 at the time of writing. By Trustpilot’s metrics, this makes them an “Average” rated supplier.

On Reviews.io, the picture is significantly bleaker. The company has 849 reviews on the site, yet have a rating of just 1.32 out of 5 stars. On Citizens Advice’s rankings, British Gas have climbed considerably but is still ranked #14 out of 38 suppliers listed. While they are not listed near the bottom, we could still reasonably expect them to be closer to the top, given their capital, resources and market share.

In an independent survey, 14% of British Gas customers said that they has been with the company for over 20 years. However, the reviews seem to indicate that loyalty is not always an indicator of satisfaction. Are British Gas doing enough to provide good value for money and secure the loyalty of their customers? Or are consumers simply complacent or unaware just how many other suppliers are out there. Let’s take a closer look at the reviews pulled from multiple sources to see what customers like, dislike and feel slighted by when it comes to British Gas.

British Gas’ positive reviews tend to focus on ease of switching, good customer service from call centre employees and engineers, prompt servicing and repairs. Ease of use accessing accounts online was also a common feature in positive reviews. Below we’ve included some quotes that illustrate areas where customers were happy with British Gas’ energy:

Like all energy suppliers, British Gas have their share of negative interactions with customers. Negative reviews tend to focus on a lack of communication from customer service staff, long wait times, difficulty getting through to a human being, and poor value for money. Here are a few quotes from customer reviews that illustrate areas in which some customers are not satisfied.

Some of the most negative reviews tend to focus on billing errors and inaccuracies. Some of which have become decidedly costly for the customer.

Although the majority of customer reviews focus on British Gas’ energy, there are also some that focus on the company’s other products such as its “homecare” boiler cover and heating insurance products. Reviews on these services are decidedly mixed. Some customers are appreciative of the quality of the workmanship (in fact, even negative reviews tend to praise the attending engineers), and fast responses. However, difficulty arranging servicing appointments, delayed or unfinished repairs and a perceived poor value for money are often features of negative reviews.

We’ve cherry picked some snippets from reviews across the board to provide a flavour of how customers feel about this service:

In 2017 British Gas began to implement a rewards system that allows customers access to exclusive and personalised deals and discounts with third parties, allowing British Gas customers the chance to get cheaper restaurant dining, digital film rentals and other bonuses. However, few customer reviews mention this service. However, there were a handful of positive reviews that mentioned the rewards, although none go into much detail about what specifically they liked or used.

Like many energy suppliers, British Gas is hard at work installing smart meters in order to help reach the government’s ambitious target of making smart meters available to all customers by 2025. While the company originally installed the first generation of SMETS 1 meters, these have led to issues including “going dumb” and failing to communicate energy usage when customers switch suppliers. As such, British Gas has exclusively supplied the next generation of SMETS 2 meters as of March 2019.

However, while many customers were happy with the installation and running of their smart meters, some have experienced faults that were exacerbated by a long wait for repairs or action.

Again, we have left some quotes from customer reviews to illustrate the good and the bad. 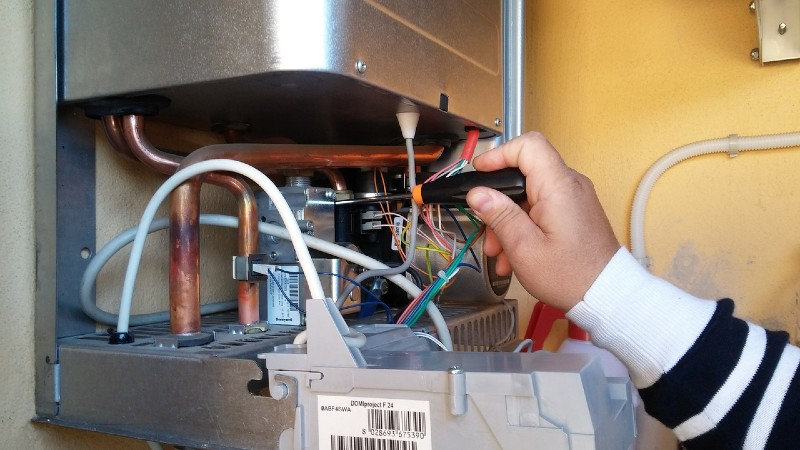 Unfortunately, British Gas is consistently rated as one of the most expensive energy suppliers on the market. An independent survey found that they were rated just 2 out of 5 stars in terms of value for money.

Although the brand sometimes offers cheap fixed energy tariffs, its out-of-contract and variable-rate tariffs are usually close to the maximum permitted by Ofgem’s energy price cap. As well as the high cost of energy, many customers have also bemoaned the high costs of servicing, repairs and plans in their reviews.

Many customers are happy to pay higher prices for their energy if they feel that they are valued as a customer and get a speedy response to their queries and issues. However, despite their resources, an independent survey revealed British Gas response times to be less than stellar.

According to Citizens Advice, British Gas have a complaints to third parties ratio of 28 per 10,000 customers. An independent consumer survey, however, found that 70% of British Gas customers stated that the company was either “good” or “excellent” at dealing with complaints.

British Gas appears to be fairly proactive in dealing with unhappy customers. Its Trustpilot page reveals that British Gas responds to 95% of negative reviews, typically responding within 1 week.

British Gas in the news

British Gas have been in the news a couple of times in 2020:

Think British Gas may be the supplier for you? Get in touch with us today!

With a huge national reach, a comprehensive range of services and an intriguing rewards scheme, you may believe that British Gas are the best supplier for your needs.

We can help ensure that you’re getting the best tariff for your needs. We can also manage your switch from end-to-end, so you can enjoy the best possible deal, 100% hassle-free!

While some customer reviews expressed happiness with British Gas’ value for money, an independent survey revealed that overall customers rated the supplier 2 out of 5 stars for value for money.

What is British Gas’s customer score?

At the time of writing, British Gas have an “Average” customer score 3.0 on Trustpilot, based on 65,100 reviews.

What do British Gas customers say about them?

British Gas customers’ opinions are decidedly mixed. While they have a comparatively huge market share, and 14% of their customers have been with them for over 20 years, around 30% of reviews consider them below average.

Do British Gas listen to their customers?

British Gas is useless there customer care is a joke I have had a defective smart meter for over 18 months I have contacted them on their web chat and put in a complaint but all the help I have had is being given the instructions on how to read the meter manually which is of no use as the meter does not work. I have multiple health problem which are being aggravated by the stress of being in this situation all I want is for them to install a working meter but they seem incapable of doing that

Hi David, I am sorry to hear that, I can really imagine such a situation can be very stressful, especially if it lingers on for such a while. If you would like, you could call, 03308186223 to see if switching might be an option for you. Kind regards, Alan Rijnders