Are you ready to make the switch?

Switching energy suppliers has never been easier. Simply let our experts cater to all
of your gas and electricity needs.

Are you ready to make the switch?

Switching energy suppliers has never been easier. Simply let our experts cater to all
of your gas and electricity needs.

Being average when it comes to most things is not taken as something positive. However, when it comes to the average gas bill, the more “average” you are, the better off you will be. In this guide to the UK national average gas bill, we will attempt to drill down a bit further into the factors that affect gas bills, giving you a clearer picture of what your own average should be. And, if you’re paying much more than the average energy bill, what you can do to bring down our bills and save on your energy.
Last update: March 2021

Is your gas bill over the national average? Well, we are here to help! When you switch energy suppliers with us, you could save up to 400£ a year. All you need to do is give our experts a call at the number on the top of the screen.

However, energy bills are rarely that straightforward and there is much more to the average gas bill than meets the eye. You might be looking at that £610 figure and thinking that bears little or no resemblance to your own bill. But that’s because this is a national average that takes no other factors into consideration.

As we all know, not everyone lives in the same kind of house. Some are much smaller or larger than others. Some people live with big families or student houses with multiple occupants and others live alone. Some houses are old, draughty and poorly insulated and others are modern with all the benefits of efficiency savings.

What is the average gas bill?

Before we look more closely at the factors that affect the differing range of averages and what exactly constitutes the different sized houses, let’s take a look at the averages across a range of UK properties, breaking down how much you should be paying by month, quarter and year:

In order to get a clearer understanding of how much gas we use on average and what this costs, it’s better to break down the averages into different size homes. That’s because if you have a larger property then it will cost more to heat as it will require more gas. Likewise, if you have more people living in the property they will use more gas as they will cook more, take more showers and so on. 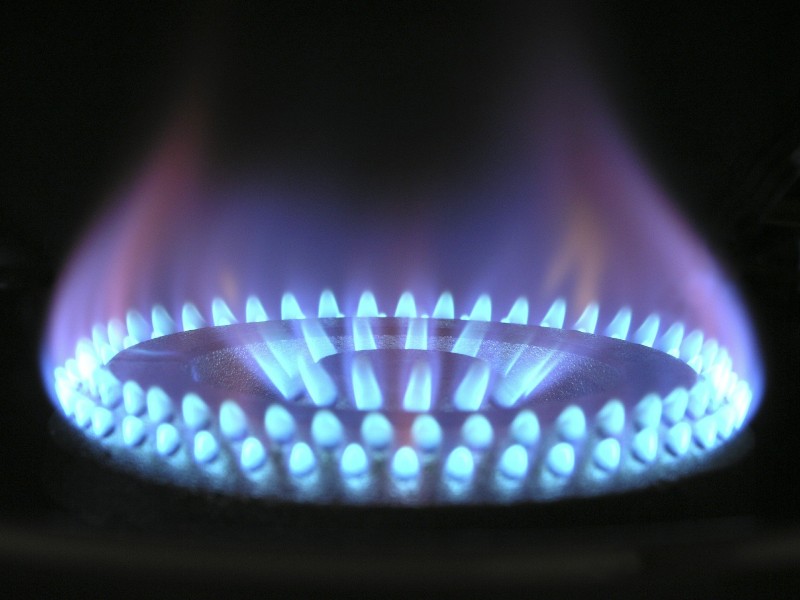 So, for example, it’s not that helpful to compare the average gas bill of a small one bedroom flat with one inhabitant with a six bedroom house of a large family. So, it makes more sense to break down the averages into different size properties. We do this by creating an average small, medium and large property as you can see below.

A small house or flat will usually have one or two bedrooms and between one and three occupants. They will have an annual gas usage of around 8,000 kWh.

A medium sized property will be a three or four bedroom family home with four or more people living in it. The annual gas output will be around 12,500 kWh.

A large house is considered to be one with four or more bedrooms and five or more people. The average gas output will be around 18,000 kWh.

What affects the average gas bill?

Of course, it is not just the size of the house and the number of occupants that affects the average gas costs per year. The gas industry is global and as such affected by global factors, such as the costs of transporting gas around the world, supply, trade and international pricing and more.

The price of gas is also affected by environmental factors, such as the weather and climate conditions. For example, someone living on the south coast of the UK is perhaps likely to use less gas for central heating than someone who lives on the northern tip of Scotland, as the temperature will be much higher further north.

Other factors may be much more individual, such as the nature of your home and insulation, as well as the age and condition of your energy products.

Here is a list of some of the factors that can all affect the average gas bill in 2020:

Another key factor that affects the average price of bills in the UK is the choice of tariffs. There are more than 50 energy suppliers offering gas and dual fuel tariffs in the UK, each competing for your custom. Some charge much more for a kWh of gas than others, so depending on what tariff you are on, your bill may be higher or lower than the average.

If your fixed rate deal has elapsed, or if you simply don’t know what tariff you are on, then chances are that you’re on your suppliers standard variable rate. Not only will this be their most expensive tariff but their prices are not fixed, meaning they fluctuate with global energy prices – which tend to go up over time.

Shop around for a good fixed rate gas tariff and you could immediately bring down the cost of your bill.

What is the average gas bill per month in the UK?

The average cost of gas per month in the UK for small, medium and large properties is follows:

UK gas prices have been growing steadily since 2000. This has largely been due to the upward pressure prices in Europe and in the UK’s continental shelf gas production. There was a downward turn in prices in 2014 reaching a low of 28p per therm in 2016 (one therm equals about 2.64 cubic metres of gas). But it has started to climb again since then.

However, these are just the wholesale prices for gas. How does this translate into domestic gas bills in the UK? Mirroring the wholesale price drop in 2016, the Big Six energy suppliers also dropped their rates by an average of 2.5%. but these have also climbed since then. 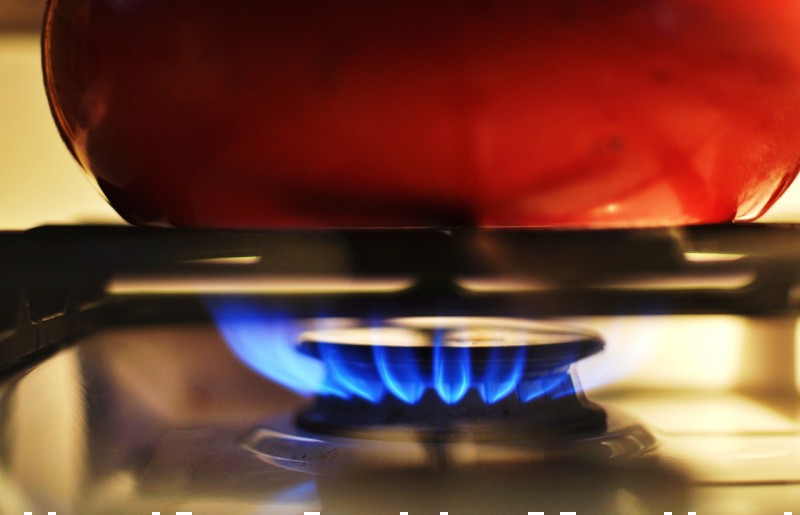 However, again the simple numbers do not tell the whole story. While the average cost of energy in the UK per household per year in 1999 was £666 this is the equivalent of paying £1153 today. Which is actually cheaper than the current UK energy bill average of around £1280. That’s because these numbers have to be adjusted for inflation.

This is because we earn more and the value of money changes over time. However, one thing is certain, and that is that we are better off than in 1990. In that year, the average energy bill was £847 a year, equivalent to £1893 in today’s money – about £600 more than we pay on average today.

Why have our bills gone up?

If you have noticed a jump in the price of your gas bill there could be a number of reasons. These include:

As well as all of the above, energy companies do occasionally make billing errors. If your bill seems incorrect and none of the above applies, get in touch with your energy company and have a recent meter reading handy.

If your bill has gone up because your existing deal has expired then it might be time to switch to a cheaper fixed rate tariff.

Cheapest gas prices in the UK vs most expensive

The top four cheapest gas suppliers in the UK for 2020 are:

These are prices based on average usage of 12,500 kWh a year, or a medium sized house.

The most expensive gas tariffs in the UK are limited by the price cap, which is the limit the industry regulator puts on what they can charge per kWh of gas. Many suppliers set their prices according to the upper limit of this price cap for standard variable rates. These include British Gas, although they do have other more affordable tariffs available. The current UK price cap for gas usage is £1042 a year for dual fuel, but you can pay more depending on usage.

What uses most gas in our home?

Without question the boiler uses the most gas in the home. That’s because it’s being used not only to run the central heating system in 86% of UK homes but also to provide hot water. So, if your boiler is old and outdated it might be time to invest in a new and more efficient model. At the very least you should get your boiler serviced once a year to ensure it is operating at its most efficient.

Other appliances that use gas include hobs and ovens, but this usage is relatively small compared to the boiler.

As you might expect, gas bills can increase dramatically in the winter. That’s because we use far more gas for central heating and hot water at this time of year. In the summer months you might have your central heating off or only on for a very short period a day. In the winter it might be working around the clock.

It also takes more energy to heat water when the outside temperatures are cold, which again adds to gas usage in the winter.

What can you do to lower your gas bill?

If you think your gas bill is too high or is way above the average figures listed above, then there are a few things you can do about it. The biggest change you can make is to switch your supplier of tariff. Just switching from a standard variable rate to a fixed tariff can bring down your bills each month. But you can also make a few changes to the way you use gas, such as: