Liquid petroleum gas: how is it made & what is it used for?

Take back control over your energy bills! Call us and let our experts guide you on how to make big savings.

Take back control over your energy bills! Call us and let our experts guide you on how to make big savings.


Liquid petroleum gas, better known as LPG, is a portable and efficient energy source used by people and businesses for a variety of reasons around the world. It is obtained from natural gas and oil but there is potential to produce it from renewable sources. It’s a very versatile fuel, with more than 1000 applications in the home, vehicles and within industry.
Last updated: March 2021

How is liquid petroleum gas made?

It’s generally made during the oil refining process or extracted during natural gas production. In its natural form, and when it’s burned it is in the form of a gas. But to be more convenient for transportation it’s placed under high pressure and becomes a liquid.

The LPG is stripped from the natural gas steam during processing. As the natural gas is pulled from the ground, the resulting hydrocarbon is a mix of several gases and liquids. About 90% of what is recovered is methane but the remaining 10% is made up of propane, butane and ethane. The LPG must be separated from the methane in order to be transported in its liquid form. Two methods are used to do this, one is the absorption method and the others is the cryogenic expander process. 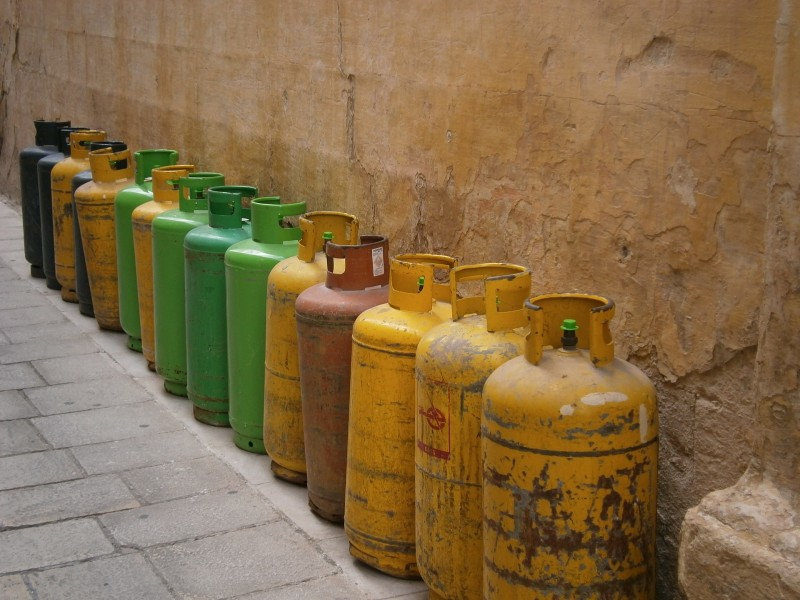 Around 60% of LPG comes from natural gas. The other 40% is produced during the refining of crude oil. Traditionally it was burnt off as a waste product but it is now recognised as a low carbon alternative to natural gas. It can produce a high amount of energy and is relatively low emission.

What is liquid petroleum gas used for?

LPG has a variety of different domestic and commercial uses. Because it is a portable fuel, this makes it a very convenient fuel source for homes which are away from the mains gas connection. Bottles of different sizes can be bought and easily connected to appliances such as ovens, boilers and fridges.

Other common uses for LPG include:

As you can see, the range of uses for LPG is very impressive, which is one of the main reasons it’s such a popular fuel source.

Which gas is used in liquid petroleum gas?

LPG is generally a mix of propane and butane gas. The amounts of each gas in the LPG varies in different places around the world. In warmer countries the mix tends to be more butane heavy. This is because it is a slightly more efficient fuel but does not burn well in low temperatures. In colder countries such as the UK and in northern Europe, a greater percentage of propane is added to assist with burning under lower temperatures.

Propane has a boiling point of -42˚C while butane boils at -2˚C, so propane is generally heavier in the mix for outdoor use too.

LPG is different from natural gas, which largely consists of methane and ethane. However, it’s all generally extracted at the same time before being separated.

Can I fuel my home with LPG?

LPG performs in a very similar way to natural gas and so can therefore be used with almost all domestic appliances. In the UK, around 84% of homes are connected to the gas grid. However, the remaining 16% are not and need to find an alternative source of fuel. It’s the choice for around 200,000 homes in the UK and growing in popularity for water heating and in conjunction with renewable energy supplies such as solar and wind.

LPG can generally power any major home appliance such as the boiler or stove, and this can help to reduce your carbon footprint.

Is liquid petroleum gas the same as propane?

LPG is often made up of propane and butane, and occasionally is just propane alone, depending on what it is being used for. For outdoor and commercial use, propane can be used on its own as it has a lower boiling point and performs better in cold weather. However, for most domestic LPG purposes it is a mixture of propane and butane. Butane is the more efficient of the two gases as it produces more energy per cubic metre.

It used to be that natural gas was much cheaper than LPG because of the established supply network but in recent years this has reversed somewhat. Because of the standing charge associated with a natural gas supply, LPG can sometimes work out cheaper.

If you are not connected to the gas mains, then LPG becomes a much more viable option. The delivery network is good and installation works out much cheaper than connecting to the mains supply.

LPG can be used to fuel your central heating system. LPG provides hot water on demand, which removes the need for expensive water storage systems. Because it burns so hot, simply turn on the tap and the combination boiler will heat your water instantly rather than extracting it from a hot water tank. 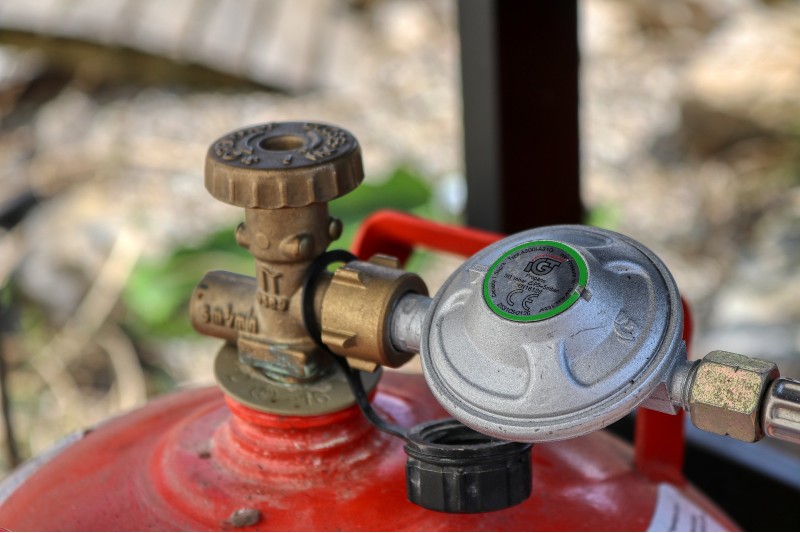 Using LPG is also space saving as it means you can remove your bulky and often unsightly water storage tank. There is also no need for big, ugly and noisy heat pumps or oil tanks outside the home.

While not as clean as sustainable fuel sources such as wind or solar, LPG is much greener than other fossil fuels. For example, it emits 35% less CO2 than coal and 12% less than oil. However, because it is the by-product of natural gas and oil, it does mean it is not the most environmentally friendly fuel source to access.

The cost of installation is much cheaper than other fuels. Often all you need is somewhere adequate to store the cylinders (preferably outside the home) and then a pipe to the main appliances in the home such as the boiler and oven. An efficient supply network in the UK, with regular delivery, also helps to keep costs down.

Want to read more on this topic? Check out this guide!

What is liquid petroleum gas?

Liquid petroleum gas, or LPG, is a by-product of extracting natural gas and oil. Once burned off as an unwanted extra, it has become an efficient and mobile fuel source in its own right. A gas at room temperature, for ease of transport it is put under pressure and stored as liquid in a cylinder. It is a very mobile fuel source and has a huge range of applications.

What is liquid petroleum gas used for?

LPG has more than 1000 uses and is a viable fuel source option for both domestic and commercial properties. It can be used to power central heating systems, run cars, and for leisure purposes such as camping and hot air ballooning. It’s also a very useful fuel source for businesses, powering machines such as forklifts.

Can I fuel my home with LPG?

LPG can be used for almost exactly the same appliances that run on natural gas. So, if you have a gas boiler in your home, it should be possible to make the switch to using LPG. You will need to make a few simple changes to the supply, and bottles should be stored outside the home. But it is generally a very quick and easy process to switch to LPG.

Sustainable fuel sources such as wind or solar are much cleaner than LPG. However, when compared to other traditional fuel sources it is very clean. For example, it emits 35% less CO2 than coal and 12% less than oil. However, as with gas and coal, getting LPG out of the ground and processing it is not the easiest or greenest process.