Powering up your home has never been so easy

Powering up your home has never been so easy

Let us set up your energy supply with the best supplier in 10 minutes. 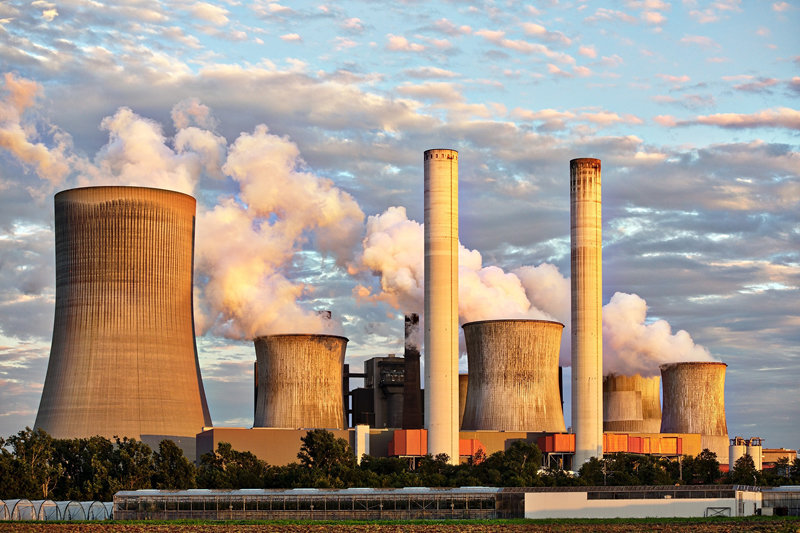 A reliable, constant supply of energy is incredibly important for the UK economy and for the comfort and convenience of people across the country. Being able to turn on a light at the flick of a switch, recharge a phone or power a computer whenever you want is an important part of modern life. Understanding where this energy comes from will help you to really appreciate the gas and electricity that power your home.

Here, we take an in depth look at energy production in the UK and find out exactly where our energy comes from.

Where is UK energy production based?

UK energy production isn’t centralised. Instead, power stations and energy generating infrastructure is scattered across the country. This is done in order to supply all regions with a reliable source of energy and to make the National Grid resistant to natural and manmade disasters.

Gas production in the UK

The majority of the energy we use in the UK is derived from gas. Gas is used to heat millions of homes across the country and a large proportion of households use the fuel for cooking. Around 80% of the UK’s homes are connected to mains gas.

Currently, we produce around 43% of the gas we consume ourselves. This gas comes from reserves in the North Sea and the Irish Sea. Another 44% of the gas we use comes to the UK via pipelines from Europe, with the majority of this gas originating in Norway and Russia. The remaining 13% comes from Liquefied Natural Gas tankers that ship gas to the UK from various countries around the world.

Over the years, the amount of gas we’ve imported has varied considerably. In 2013, almost half our gas came from sources outside the UK whereas in 2008, we were able to produce around three-quarters of our supply ourselves.

Nuclear energy production in the UK

At the moment, there are 15 nuclear power facilities operating in the UK. Nuclear power stations can be found in Scotland, Cornwall, Kent, Suffolk, Wales, Yorkshire and Lancashire. Together, these produce around a fifth of the country’s energy.

By 2030, all but one of the UK’s existing nuclear facilities are scheduled for closure. However, a new nuclear power station is currently under construction in Somerset and a number of new plants are planned for the coming years.

Coal energy production in the UK

All of the coal-fired power stations in the UK are scheduled for closure by the end of 2024. These closures are part of government plans to make UK energy production more environmentally friendly and reduce carbon emissions.

Renewable energy production in the UK 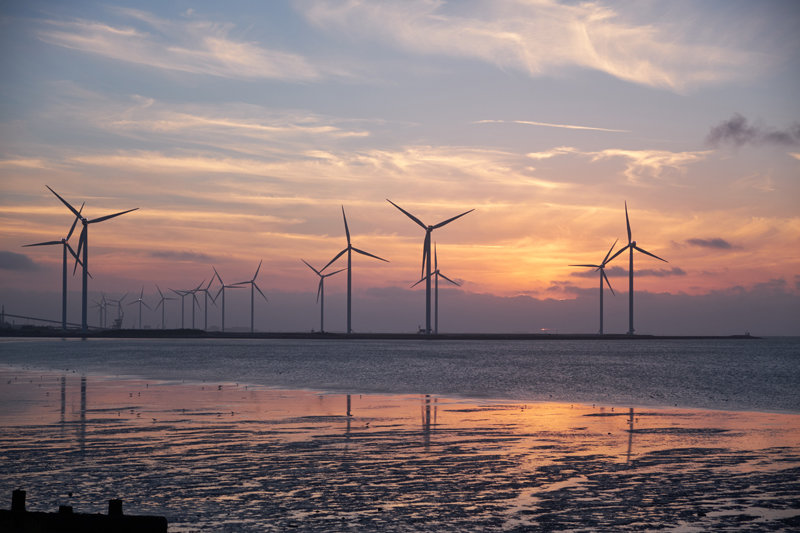 Where does electricity come from ?

UK electricity production comes from four main sources: gas, coal, nuclear and renewables. In 2019, the percentage of each type of fuel in the national grid stood at

For a long time, the majority of the UK’s energy came from coal. However, as burning coal releases high levels of greenhouse gasses into the atmosphere, it’s very bad for the environment. The production of coal is also less cost-efficient than other forms of energy production.

As a result, we’ve gradually been reducing our reliance on the fuel. Today, coal makes up just 2.1% of our energy production, that’s a huge drop from 2011 when 30% of UK energy was derived from coal.

The majority of our energy currently comes from gas. This gas is drawn from the North Sea, the Irish Sea and European gas pipelines. As gas is a finite resource, reserves are slowly dwindling and eventually, they’ll run out all together. As well as being turned into electricity, gas is piped directly into UK homes to provide fuel for cooking and heating.

Unlike coal and gas, nuclear isn’t a fossil fuel. Nuclear power plants actually have a very low impact on the environment as they produce no greenhouse gasses and isolate their waste. Nuclear power is also more efficient than other types of UK energy production, with less area required to produce the same amount of energy as other sources.

The fastest-growing source of energy in the UK is renewable. Generated from non-exhaustible resources like the sun, wind and organic waste, renewable energy is the most sustainable, and environmentally friendly, way to power our homes.

Every year, the percentage of renewable energy produced in the UK grows. Both government initiatives and private companies are investing in renewable installations and grants are available for those generating and developing renewable energy.

How much of the UK’s energy comes from renewables?

In 2019, renewables generated an incredible 36.9% of UK energy, the highest figure on record. When the amount of renewable energy produced in the UK is added to the amount of nuclear power generated, the total is 54.2%. As nuclear, like renewable energy, doesn’t produce greenhouse gases, the UK is now getting more than half of its energy from low-emission sources.

There are four main types of renewable energy sources in the UK. Currently, wind power produces the most energy, with solar and biomass also major sources or green electricity. Hydro power only accounts for a small percentage of the UK’s renewable energy production. Most hydro energy plants are in Wales and Scotland where dammed rivers provide the majority of the capacity.

Currently, the mix of renewables in the National Grid roughly breaks down like this:

Renewable energy is an incredibly important part of UK energy production. The Government has committed to bringing all greenhouse gas emissions to net zero by 2050.

In 2019, the UK became the first major economy to pass laws to end its contribution to global warming. Already, major improvements have been made to the country’s renewable energy infrastructure and further expansion is planned for the coming years.

While this is good news overall, it’s important to remember that the percentage of renewable energy in the National Grid is always changing. Unlike other sources of fuel, renewable energy is heavily influenced by the weather and other environmental factors. This means that levels of solar, wind and hydropower can vary considerably according to levels of sun, wind and rainfall.

What does energy production mean?

Energy production refers to the manufacture of gas and electricity. Homes, businesses and organisations across the UK rely on this gas and electricity for everything from cooking and heating to communication and entertainment.
Energy is produced in a number of ways. A large proportion of energy is still produced in large power plants. These are powered by either gas, coal, biomass or nuclear energy. The energy created by these power plants is fed into the national grid and then transferred to homes across the UK.

Can the UK run on renewable energy?

Eventually, all fossil fuel deposits will be exhausted and the world will have to rely on alternative energy sources. The most environmentally friendly way to power the UK is renewable energy. These green sources of gas and electricity won’t run out and don’t deplete the Earth’s natural resources. This makes them an excellent option for sustainable energy production.

The Government’s commitment to reduce the UK’s greenhouse emissions to zero has resulted in increased funding and incentives for businesses investing in renewable energy. This in turn, has helped to drive the production of sustainable electricity in the UK.

Recently, the UK achieved a major milestone on the journey to renewable energy self-sufficiency. On 16th June 2020, we came to the end of a 67-day coal-free streak. The experiment represented the first time the UK had gone without coal for two months since the industrial revolution, 138 years ago.
This coal-free period shows that it is possible to remove the fossil fuel from the grid. In future years, it’s likely we’ll see longer and more sustained periods of coal-free power. To balance out the removal of coal from UK energy production, we’re likely to see the percentage of renewable energy in the grid dramatically increase in the coming decades.

Which renewable energy is best for the UK?

All renewable energy production benefits the UK environment and helps reduce carbon emissions. At the moment, wind power is the most dominant renewable energy source in the UK, accounting for almost half our total green energy production. Wind farms are well suited to the UK as they can be placed in the shallow waters off the coast or in rural or semi-rural locations. Wind farms are also good for the UK as they’re relatively affordable to build. This can help to bring down the overall cost of renewable energy and make green power even more sustainable.

Solar power is also a good option for UK energy production. Over the last few years, there has been considerable investment in solar power. In fact, the UK is now the world’s sixth largest producer of the energy behind China, Japan, Germany, the USA and Italy.

Biomass is less well-known than other forms of renewable energy. It’s a good option for UK energy production as it can use up excess food and agricultural waste. This allows us to make use of organic matter that would otherwise be thrown away.

To read more about this topic, check out these guides:

What is the energy mix of the UK?

Is the UK energy self-sufficient?

The UK used to be fairly self-sufficient in terms of energy production. However, the depletion of gas and oil reserves in the North Sea and Irish Sea has meant we’ve started relying more on imports. In 2017, net imports made up 36% of UK energy needs.

>⚡ What is the average UK energy consumption?

The average household in the UK consumes around 3700 kWh of energy per year.