Let’s get back to the roots…of where your energy comes from. Whether you have a large or small energy requirement for your building project, one factor remains the same: you need to get connected to the power grid. But how do you go about setting up gas and electricity in a new home while properly connecting to the grid? We will reveal all that throughout the article.
Last updated: June 2022 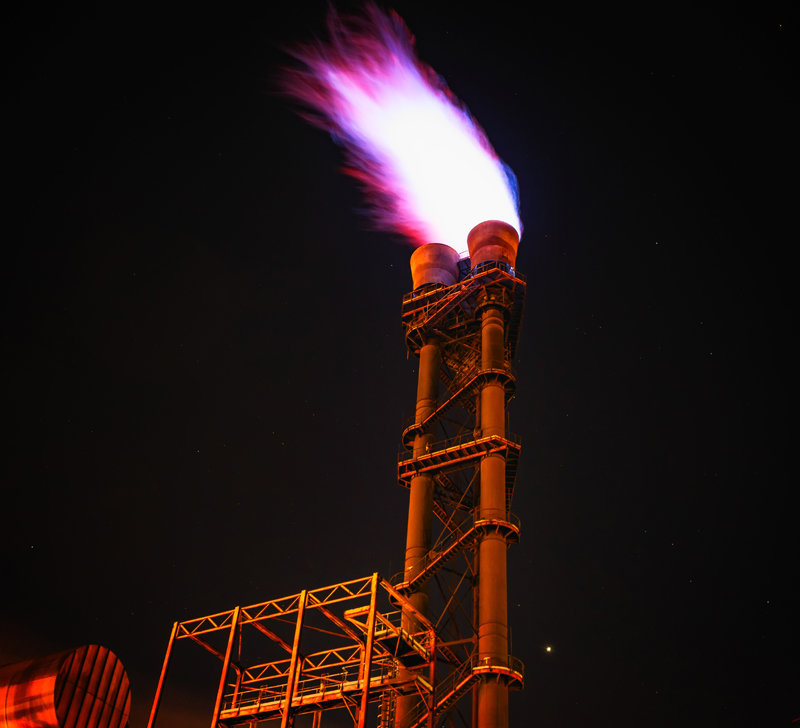 Natural gas is a fossil fuel that’s used both to generate power and as a direct heat source. It’s formed deep below the Earth’s crust and is made up of a number of different components. The main ingredient is methane.

Like other fossil fuels, natural gas is finite. This means it’s not replenished as it’s consumed. Over the years, we’ve used up a huge amount of natural gas and today, experts estimate there’s only around 50 years’ worth of reserves left under the ground.

What does gas production mean?

As natural gas formed under the Earth thousands of years ago, it’s not really ‘produced’ but rather extracted. Companies drill down into reserves of natural gas and then collect it as it rises to the surface. Natural gas can be found on land and also deep under the ocean. Deposits of natural gas are often found near coal and other fossil fuels.

Some natural gas is also produced through processes like fracking, where water and chemicals are forced into sedimentary rock in order to allow gas to be released. However, this type of gas extraction can have a significant impact on the local environment and many countries have now banned the practice.

Where is the gas produced?

Nearly 80% of the world’s gas reserves are located in just ten countries:

Of these countries, Russia has by far the largest gas deposits and is home to around a quarter of the world’s known reserves. More than half of these reserves are located in Siberia.

The USA is currently the world’s largest producer and consumer of natural gas and is one of the few countries that still allows fracking.

In the UK, we get most of our natural gas from the North Sea. Oil and gas reserves were discovered in the West Sole field, off of the coast of East Anglia in 1965. Since then, the region has been the source of a lot of the UK’s fossil fuels.

For a long time, the North Sea provided the majority of the natural gas used in the UK. In 1998, the region met an incredible 99% of our gas needs. However, in recent years, British gas production in the North Sea has been in sharp decline. By 2008, 66% of our natural gas came from domestic sources and today, that figure is around 43%.

This is largely because we’ve already extracted a lot of the gas that was deposited there. However, there are always new explorations taking place, so it’s possible new reserves will be discovered in the North Sea.
UK gas sources 2007 – 2017 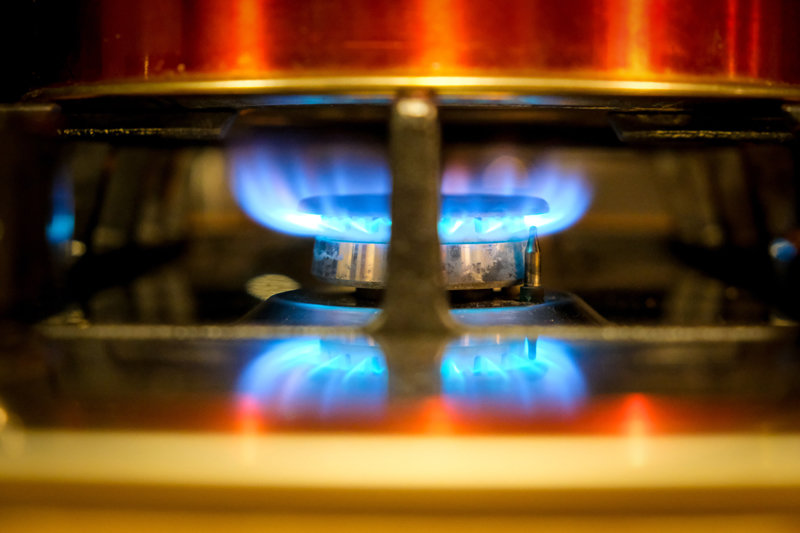 Where does the UK get its gas?

The amount of gas imported to the UK varies year by year, depending on how much gas we extract from the North Sea. The vast majority of the gas we import comes from Norway. On average, around a third of our gas comes from Norwegian reserves, many of which are also located in the North Sea.

We get an increasing percentage of our gas from LNG imports. LNG stands for liquefied natural gas. Gas can be turned into liquid by cooling. Liquid gas takes up around 1/600th of the volume of gaseous natural gas and so is a lot easier to transport. Most of our LNG imports come from Qatar.

What gas is used in homes in the UK?

At the moment, around 21 million UK homes are connected to mains gas. The main ingredient in natural gas is methane (CH4), but it also contains ethane, propane and some heavier hydrocarbons as well as small amounts of nitrogen, carbon dioxide, hydrogen sulphide and traces of water.


This natural gas is used for cooking and heating. It’s currently the most popular fuel for powering both hobs and central heating, though some households opt for electrically powered appliances instead.

In 2019, the UK government announced that new homes built after 2025 would no longer be fitted with gas boilers. Instead, they would have low carbon heating systems designed to help make the UK more sustainable. This move is set to lower the overall demand for gas in the near future.

Gas consumption in the UK

The amount you spend on gas every month will depend on the size of your property, how well insulated it is and how much you heat your home. On average, people in the UK living in a 1 or 2 bed house pay around £33 per month for gas. A 3-bed house could easily cost you £48 per month. If you have more than three bedrooms, or if your home has single glazing and poor insulation, you could end up paying a lot more.

Is it cheaper to heat with gas or electric?

If you’re like most households in the UK, paying for central heating is probably one of your biggest monthly expenses. This makes it essential to select the most affordable fuel source for your home.

The vast majority of UK homes are heated by gas boilers. These boilers heat water that is then circulated through the central heating system, warming your radiators as it goes. Radiators should stay hot for a while after your heating system has gone off, this makes this type of heat relatively efficient and affordable.

The average cost of a gas-powered central heating system is £550 per year.
If you’re not on mains gas, you can heat your home with electricity. There are a number of ways to heat a home with electricity, the two most common are electric radiators and storage heaters. Storage heaters warm up over night and disperse their heat during the day. People with these types of heaters often choose Economy 7 or Economy 10 tariffs so they can benefit from cheaper electricity rates at night.

Electric radiators can be expensive to run, especially if you’re using them to heat your entire house. However, as electric radiators become more efficient, the cost of this type of heating is likely to fall.

The average cost of heating a home with electricity is £900 per year.

As a gas-powered central heating system is around £450 cheaper a year to run, it’s the best option for households on mains gas. However, with around four millions UK households still not connected to mains gas, some people don’t have a choice when it comes to heating.

Want to read more on this topic? Check out these guides:

Does Russia supply gas to UK?

Russia is home to around a quarter of the world’s known gas reserves. The country exports a lot of this gas and has built a number of pipelines in Europe, the Middle East and Asia.

The UK does get some of its gas supply from Russia. The amount we import from the country varies year by year, but it’s normally between 1%- 2%. These days, we get most of our gas from Norway. We also receive an increasing amount from Middle East countries like Qatar in the form of LNG, or liquefied natural gas.

Is natural gas the same as propane?

Like natural gas, propane is a fossil fuel. However, unlike natural gas, propane isn’t pumped into our homes via the National Grid. Instead, it’s compressed and sold in canisters or delivered by truck to a permanent storage facility.
If you’re not connected to the mains but still want to cook on gas, you can buy canisters of propane and connect it up to your hob. These connections should always be done by a trained and qualified tradesman.

How much natural gas is produced in the UK?

How much gas does the average household use?

The average UK household gets through between 33-38 kWh of gas per day. Most of this gas is used for cooking and heating. During the summer months, the amount of gas we consume dips as central heating systems are turned off. However, when a cold snap hits and radiators are fired up to full power, average gas consumption can surge.