What is National Grid? Who are they and what do they do?

Connecting the nation through a series of wires and electrical voltage, the National Grid is a vast network of pylons and cables that distributes energy to almost every home in the UK. It’s also the name of the company that manages the distribution of energy around the country. How convenient.
Last update: April 2022 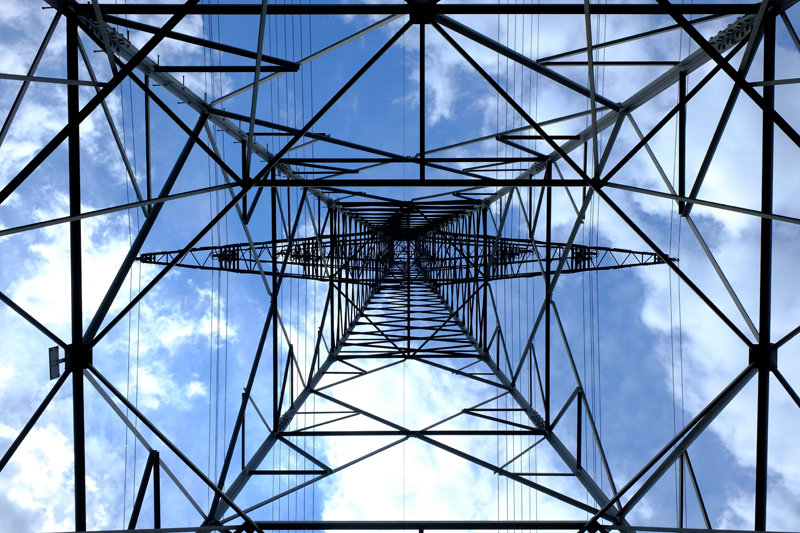 In the UK, it’s all too easy to take electricity for granted. Flick a switch and on comes a light. Plug in your phone charger and you have energy. But have you ever stopped to think about where this electricity comes from and how it ends up in your home? In fact, there is a process, some would say a grid, behind your energy usage.

How does the National Grid distribute electricity?

The National Grid first started operating in 1933 and by 1946, 80% of households were connected to the mains. In the 1950s, construction began on a new ‘Super Grid’ and soon, huge pylons and transmission lines crisscrossed the UK.

Every day, the National Grid moves over 730GWh of high-voltage electricity around the country. That’s enough to power an incredible 146 billion light bulbs. Understanding how the grid is powered, how it transfers energy and what it means for the UK should give you a deeper appreciation for the energy that powers your home.

The National Grid uses a vast network of pylons and cables to send electricity around the UK. It’s a bit like the veins that distribute blood around the body or the motorways that connect the country’s towns and cities.

Before electricity is sent through the grid, it’s stepped up from 25,000 V to 275,000 V. By dramatically increasing the voltage, the grid is able to reduce the current. The less current there is, the less energy is lost through heating the wires and the more electricity arrives at our homes.

In order to keep people safe from this high voltage energy, the electricity is transported in lines high above the ground. The infrastructure used to transport electricity around the country is owned by three companies:

The electricity in the grid is passed on to the 14 Distribution Network Operators across the country. These operators own the local energy networks and are responsible for getting the electricity into our homes.

Before it enters our homes, hospitals, schools and businesses, the electricity is stepped back down to a lower voltage suitable for domestic use. It can then be used to power our lights, TVs, phones, computers, toasters, fridges and anything else that runs on electricity.

How does the National Grid respond to demand?

Demand for energy fluctuates throughout the day. Overnight, energy usage is at its lowest, with midnight to 7am generally the quietest time for the National Grid. From around 7am, energy usage starts to pick up as people wake up and start getting ready for the day.

Electricity usage during daytime hours tends to hold fairly steady. It begins to dip at around 4pm when schools close for the day and workers start to head home. Usage then peaks between about 5pm and 8pm as people across the UK make dinner, watch TV and turn on the lights.

Unsurprisingly, more energy is consumed in the winter than during the summer months. Weekends also see more protracted peaks during evening hours as people have more time to relax at home.

In order to meet this demand, the National Grid ensures there’s always a base load of electricity in the system. This is enough to meet the country’s general energy needs. When there’s a spike in demand, the grid responds by providing additional electricity.

In general, coal and nuclear power stations provide the base load of energy for the grid. This is because these types of power stations are slow to start up and so are active around the clock. Energy sources that have quick start up times, like hydroelectric power stations, can be used to provide extra energy when it’s required. Electricity can also be imported from Europe to meet our needs when demand is high and exported when the UK has excess power.
Factors that impact the demand for energy:

As we’ve already seen, our daily habits have a big impact on demand for energy in the UK. The vast majority of Brits have fairly predictable daily schedules. This helps the National Grid to predict peaks and troughs in the demand for energy and ensure there’s always enough to meet our needs.

Extreme weather events can have a big impact on the demand for energy in the UK. When cold fronts hit, people across the country turn up their thermostats and demand for power soars. Very dark, overcast days also see higher levels of energy use as people turn the lights on to beat the gloom.

The summer months bring their own demand for energy. Extreme temperatures result in higher use of fans and air conditioning systems. Large scale air conditioning units in particular draw a huge amount of power from the grid and heat waves can see big surges in demand.

While heat waves and changes in our daily habits produce long, protracted fluctuations in the demand for energy, major TV events can result in big, sudden spikes. When England lost to Germany on penalties in the 1990 World Cup, households across the country drowned their sorrows with a cup of tea. The huge 2,800MW surge in demand was the equivalent of 1,120,000 kettles being switched on simultaneously.

Incidents like this are known as ‘TV pickups’. Other televised events to have caused noticeable surges in electricity demand include William and Kate’s 2011 wedding, England vs Brazil in the 2002 World Cup Quarter Final and the episode of Eastenders when Lisa admitted to shooting Phil.

The COVID-19 pandemic has had a major impact on our energy use. According to the National Grid, demand for energy dropped by as much as 20% during lockdown. Daily energy fluctuation patterns have also altered as people sleep later, work from home and stay in on the weekends.

The energy mix of the National Grid

The National Grid gets its energy from a number of different sources. These include coal and nuclear power stations, natural gas and renewable sources. All of the electricity produced in the UK – and the energy imported from other countries – is mixed together in the National Grid before being transferred to our homes and businesses.

For many years, coal and other fossil fuels produced the bulk of the electricity going into the grid. However, over the last few decades, the UK has moved away from fossil fuels towards cleaner, greener alternatives. 2019 was actually the cleanest year on record for UK energy. The amount of zero carbon energy in the grid outstripped the amount of energy produced from fossil fuels for the full twelve months. As renewable energy infrastructure and technology improve, this trend towards zero-carbon electricity production is only set to grow.

This table shows just how dramatically the energy mix of the National Grid has changed over the last 30 years. 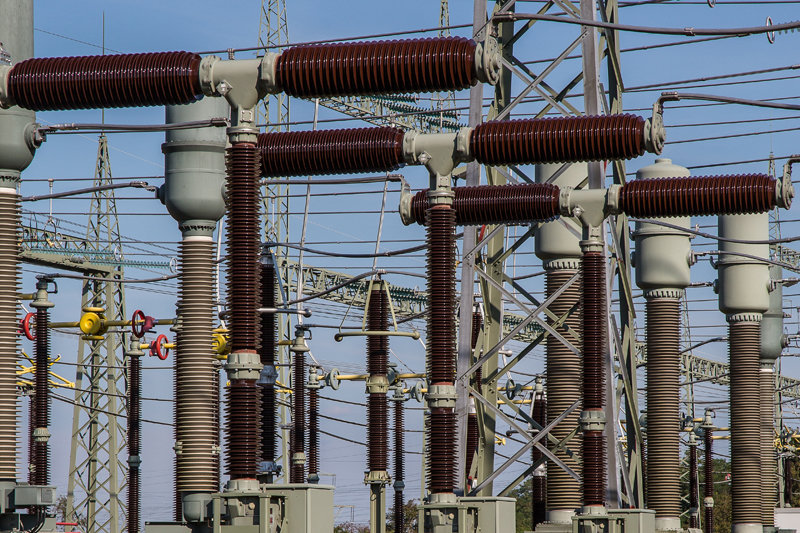 More and more customers are opting for 100% renewable energy tariffs. Many of the people who choose these tariffs believe the energy that arrives at their property will come exclusively from renewable sources. This however, is not the case.

All of the electricity produced in the UK, and imported from other countries, is mixed together as soon as it enters the National Grid. It’s this combined energy that arrives at all homes and businesses across the country.

If you have a 100% green energy tariff, the energy that arrives at your property won’t come exclusively from renewable sources. However, when you draw energy from the grid, your supplier will put the equivalent amount of renewable energy back in.

What happens if the National Grid breaks down?

Having power stations, hydroelectricity plants, solar farms and wind farms all over the country means the National Grid is resistant to natural and man made disasters. Nearby power plants and installations can easily step in to cover a deficit of energy and keep the UK’s homes fully powered.

How do I get my National Grid account number?

The National Grid supplies local operators with electricity. These in turn transfer energy to our homes. As the National Grid doesn’t deal with customers directly, you won’t have a National Grid account number. If you need information about your electricity supply or the electricity infrastructure in your area, contact your local Distribution Network Operator.

I have a 100% renewable energy tariff. Does my energy still come from the National Grid?

Once electricity is generated, it’s transferred into the National Grid and mixed with electricity from a range of other sources. The energy that arrives at your home will be from a combination of sources including fossil fuels, nuclear and renewable.

If you have a 100% renewable energy tariff, your electricity will still come from the National Grid, but the energy you use won’t be 100% renewable. Instead, your energy company will put the same amount of green energy into the grid as you draw out.

Does National Grid have an app?

The National Grid recently launched an app that’s designed to help customers lower their carbon footprint. It offers information on the ‘greenest’ time to use energy and provides real-time data on how electricity is being generated. The app should be available on Google Play and the Apple App Store.

Does the National Grid provide gas

The National Grid also has a network of gas pipes and infrastructure across the UK. No matter which energy supplier you’re signed up to, your gas will come from the National Grid.