Kinetic floor tiles: how do they work?

Developed by London-based company Pavegen, kinetic floor tiles harness the power of movement to generate clean, renewable energy. But how do they work, how much energy can they generate at home? And are they affordable for eco-conscious energy consumers? In this article, we’ll attempt to answer all of your questions about kinetic floor tiles.
Last updated: August 2022 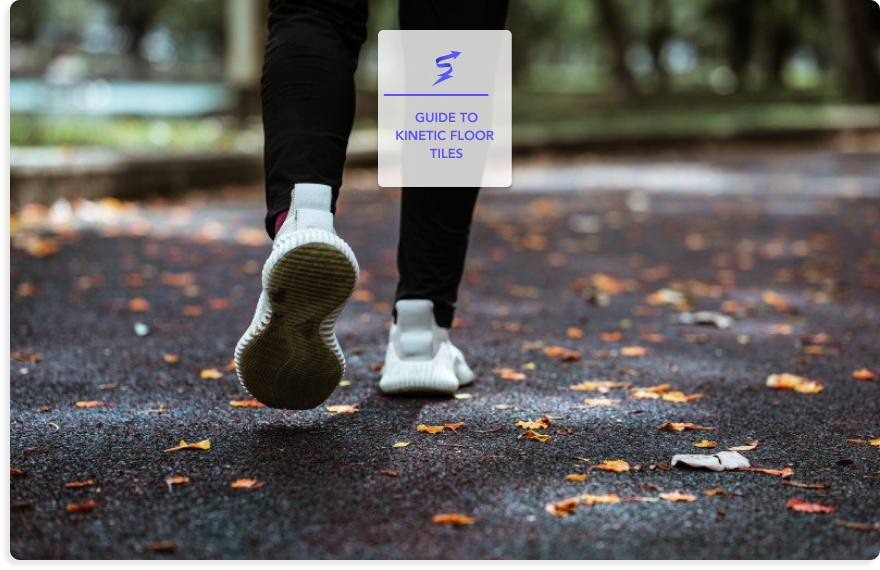 There’s no doubt about it. The future of the UK energy industry is renewable. As of Q1 of 2020, renewables now make up over 52% of our national energy fuel mix, with solar, wind, biomass and hydroelectricity combining to generate the majority of our country’s energy. Nonetheless, there are still many eco-conscious energy consumers who are keen to reduce their reliance on energy from the National Grid and generate their own renewable energy. But not everyone likes the idea of installing solar panels, wind turbines or solar water heaters on their roof. Could kinetic floor tiles be the new innovation that brings renewable off-grid energy to more UK homes?

What are kinetic floor tiles?

Kinetic floor tiles were invented in 2008 by Pavegen. They’re not only a great renewable energy source, they’re also sustainably manufactured, too. Each floor tile is made from 95% recycled rubber tyres. When they are stepped on, they use the kinetic energy from the movement created to generate energy, with between 2 and 8 watts of energy generated throughout the course of the footstep.

Not only can kinetic floor tiles harvest energy, they can harvest data too! Every tile boasts unique wireless communications technology too, using just 1% of power generated to transmit data. Kinetic floor tiles can keep a log of how many footfalls it receives and how much energy is generated as a result.

This data is extremely useful for everyone from businesses to city officials. This data can be used to calculate how much foot traffic is likely to pass through an area, and how much energy this is likely to generate at any given time. So the owners of kinetic floor tiles can make informed decisions about where and how that energy is best put to use.

How do kinetic floor tiles work?

Kinetic tiles work leverage the scientific principle of piezoelectricity to translate the energy of a footfall into electrical energy. The tiles are flexible underfoot and feel much like astroturf, or walking in a children’s play area. They only give way by about 5mm when stepped on, but even this small movement is enough to generate energy.

When the tile is stepped on, mechanical pressure is generated and the tile transforms this into an electrical current. The principle of piezoelectricity is nothing new. It was actually discovered in the Victorian era discovery by Jacques and Pierre Curie. This principle has been incorporated into the design of the kinetic energy recovery systems employed by buses and racing cars. However, it is only very recently that this principle was applied to flooring.

Since their first prototype piezoelectric kinetic tile was created in 2008, Pavegen have refined the design, with new triangular steps generating more energy per footfall.

Where do kinetic tiles collect energy?

Believe it or not, kinetic floor tiles have been generating energy in strategic locations for years now. They have mostly been used in special sporting events that generate a great deal of footfall. Here are some of the most prominent large scale events astound the world at which kinetic tiles have generated energy: 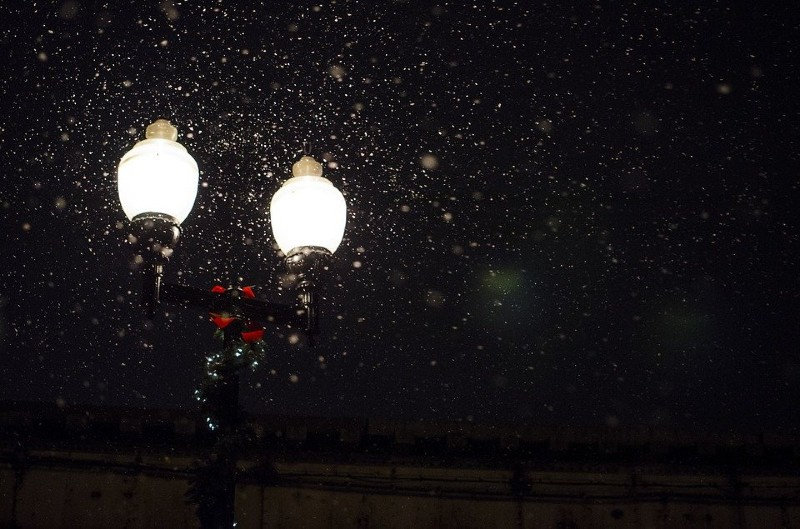 How much energy can kinetic tiles generate?

On average, as a kinetic floor tile flexes, around 8 watts of kinetic energy is generated over the duration of the footstep. Every single step can generate approximately 3 joules of usable energy. That’s enough to light a LED streetlamp for around 30 seconds. The more people walk through any given area, the more potential energy there is to be exploited.

Kinetic floor tiles are still in their relative infancy and don’t have quite the same robust lifespan as other renewable energy sources like solar panels or wind turbines. At present, kinetic floor tiles have a usable lifespan of around 5 years. However, as the technology evolves, there’s certainly scope for more robust and longer-lasting tiles.

Outfitting an average-sized kitchen (the room that often sees the most footfall in the home) with kinetic floor tiles would cost around £6,000. Even a large family’s footfall would struggle to get a meaningful return on such an investment.

Nonetheless, as the technology grows more commonplace, Pavegen believes that kinetic floor tiles will eventually reach cost parity with the current price of regular floor tiles. By the end of the 2020s, it may be possible to outfit a living space with kinetic floor tiles for as little as £5 per square foot.

Because they have yet to become viable for household use, kinetic floor tiles are not eligible for the Green Homes Grant. However, there’s every possibility that they may become eligible as this nascent market grows.

We can help you to combine renewables with the right energy tariffs!

Kinetic floor tiles have a way to go before they’re affordable enough to make their way into households. Even if Pavegen gets their way and is able to bring the cost of kinetic floor tiles down to match regular floor tiles, the amount of energy they can generate will pale in comparison to that of a solar panel or domestic wind turbine. They are likely to be more practical for schools, offices and public spaces that attract far more footfall than the average family home.

But that doesn’t mean your household can’t enjoy cheaper, more renewable energy. It’s just a case of finding the right supplier and tariff for your needs.

That’s where we come in!

We can scour the market to find you the best value tariffs that also use 100% renewable electricity. We can even help to find you tariffs that use renewable or carbon-offset gas. If you decide to generate your own energy, we can also find you the suppliers with the best Feed in Tariffs and Smart Export Guarantees. We can even manage your switch from end-to-end, bringing you cheaper, greener energy without headaches or hassle.

Would you like to know more about generating electricity? Great!
Check out these related articles:

How is kinetic energy harnessed by kinetic floor tiles?

Kinetic floor tiles are slightly yielding and have an underfoot consistency similar to the flooring in a children’s play area. When stood on, they give way by around 5mm. The floor tiles use the principle of piezoelectricity to translate this tiny movement into electricity.

How much energy do they generate?

A kinetic floor tile may only move by 5 mm when stood on. But even this tiny movement is enough to generate 2-8 watts (up to 3 joules) of energy per step. That’s roughly enough to keep an LED street lamp on for 30 seconds. According to data from EDF, as few as 12 tiles could be enough to power a street lamp all night.

What are the best brands?

Pavegen is the pioneer of kinetic floor tile technology, and the market leader in the field. However, the piezoelectric smart materials market is consistently growing, with a number of manufacturers and vendors achieving prominence. These include:

Perhaps it’s only a matter of time until this market expands to kinetic floor tiles, creating more competition and making the technology more affordable.

How much is Pavegen?

Although the cost of Pavegen’s kinetic floor tiles has dropped considerably in recent years, it is still a way away from being affordable for households and small businesses. At their present costs, Pavegen tiles are around £80 per square foot to install. However, it is predicted that this cost could drop to as little as £5 per square foot (similar to affordable laminate flooring) by the time 2030 rolls around.