The UK government has been alarmed by potential energy shortages in the coming winter. If Russia continues cutting back on the supply of gas and oil to the EU it could have disastrous consequences for EU and UK households. This could go as far as necessary power cuts for millions of people in the winter when energy usage is at its highest. Several scenarios have been written out by experts and the worst-case scenario would mean up to 6 million households in the UK would be affected by power cuts.
Published on: 10-06-2022 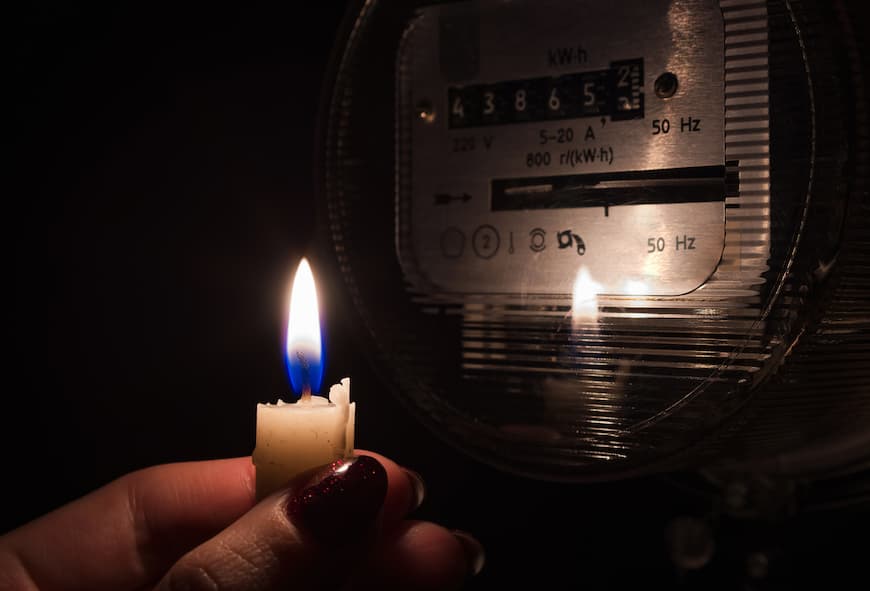 Several scenarios are being explored to see what we could expect in terms of energy supply and demand in the coming months. An absolute worst-case scenario implies that Russia completely cuts off Europe and the UK from the gas supply. The UK only imports roughly 4 percent of its gas from Russia but will still feel the effects on the global gas market. European countries on average get ⅓ of their gas supply from Russia, if they get cut off by Russia it would have heavy consequences. They would need go to find other sources, mostly in North America and the Middle East to buy their energy which then would increase competition and drive up prices.

What if the worst-case scenario happens?

In the worst-case scenario, Russia would completely cut off gas supplies to Europe and the UK. In that case, especially industrial use of gas would be limited. Energy-heavy industries such as crypto mining or gas-fired power stations would get in trouble. The latter would cause electricity shortages such that in the worst case up to 6 million homes would see their electricity rationed. This would mean that especially at peaks in the morning and evening the electricity would be rationed for these households.

What is the government doing to prevent households getting their power cut?

The UK government naturally is taking measures to prevent the power cuts from actually happening. Firstly, the government aims to reduce dependency on fossil fuels that not only are heavily polluting but also, as the Ukraine war shows, exposed to geopolitical risks. In recent months, the UK has announced a roadmap on how the country aims to transition into green energy over the coming years. Measures included are a fivefold increase in production of wind energy, higher production of nuclear energy plus grants for homeowners to install heat pumps to generate their own energy.

Also last week the government announced that from 2025 onwards, Shell can start operating their North Sea gas field for which they were seeking approval for years. The field could produce enough gas to power 6% of UK homes. These measures however, will not create a tangible difference for the potential energy supply problems of the coming winter. For that, the UK government asked energy suppliers to delay the phasing out of coal production within the UK.

Is it likely that households will experience power cuts?

Overall, the chance is not too high for the doom scenario to actually happen. Russia cutting off gas supply would also hurt their own economy as they would only be able to sell the gas for reduced rates to other countries. And even if it would happen, the UK government is taking steps to soften the impact. The UK has quite some gas reserves in the North Sea and could use it´s coal and nuclear plants to produce energy if necessary. Furthermore, the UK has very good relations with Norway for gas supply and has a diverse mix of sources for their gas. Also, not being too dependent on Russian gas compared to other gas would soften the impact. One thing that for sure would happen though is an increase in prices. The energy price cap is already expected to reach around £2,800 in autumn of 2022. A halt in Russian supply would mean that prices would go up at other suppliers such as Norway which would then mean UK imports will go up in price as well. Therefore households could always benefit from saving as much energy as you can.