Green energy in 2020: what are the benefits?

Looking for the greenest energy tariff on the market? Switch to a new supplier in minutes!


In short, green energy is energy that isn’t generated by fossil fuels. Fossil fuels produce carbon emissions that are harmful to the environment and contribute to air pollution. However, green energy is generated from sources that are inexhaustible and do not produce harmful emissions. These sources include solar (from the sun), hydro, wind and geothermal energy. Green energy sources will never diminish and therefore are not wasting the earth’s important resources.
Last updated: February 2021 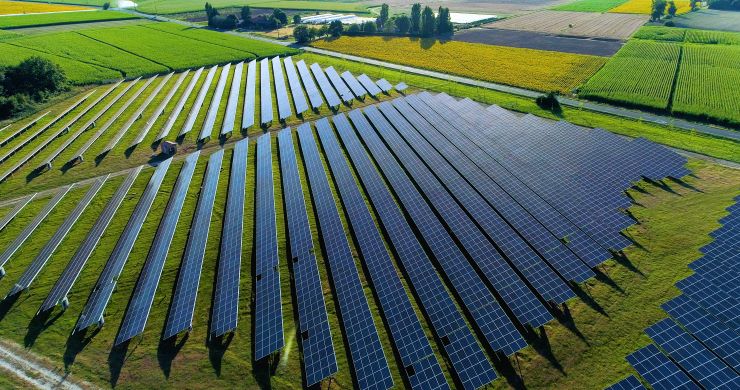 Green energies are growing exponentially and are thought to contribute a large proportion of the UK’s energy generation over the coming years. The UK has committed to reducing carbon emissions by 57% by 2030.

What are all of the types of green energy available?

Solar is a clean source of energy which comes directly from the sun. Stars, in general, produce an unimaginable amount of energy via nuclear fusion— the process by which smaller atoms are fused together by heat and pressure to create heavier atoms—with a whole lot of energy emitted in the process. This energy then reaches us via solar radiation, which we can collect and convert it into usable electricity. You can then use solar energy to power up your home, or even sell it back to the national grid through special tariffs.

Wind energy generates power through, you guessed it, wind. When the wind blows past a turbine, the kinetic energy is converted into mechanical energy, which a generator then turns into electricity. The more wind, the more electricity that is generated. However, even without much wind, the turbines are still pretty effective.

Sometimes, wind turbines are located on wind farms. These are usually in optimal spaces where lots of wind are generated.

Now, while you’ve probably seen solar panels on roofs, and turbines in fields, you may not have ever seen a hydropower plant. Hydropower is energy generated from running water, such as in a river. The earth relies on a constant water cycle, involving evaporation from beds of water (lakes, the sea) which form clouds, and then precipitate as rain. This water is then incorporated back into the ocean. This water cycle generates kinetic energy which can then be converted into electricity.

Geothermal energy is energy that is generated from the subsurface earth. A lot of energy is actually contained in the rocks that lie underneath the surface of the earth. But how is it accessed? Massive holes are dug in the earth and turbines are built which convert kinetic energy into electricity through a generator. Geothermal energy is created in over 20 countries, and Iceland is a particularly active producer of it.

Energy really can be produced from anything… this time it’s biodegradable food waste! Bioenergy generates energy from the decomposition of organic matter. But don’t worry, no food is wasted in the process. Instead, the remains of harvests and crops are utilised. Compost creates a lot of heat and methane and, instead of wasting this resource, bioenergy taps into it and converts it into electricity that can be used in your home. 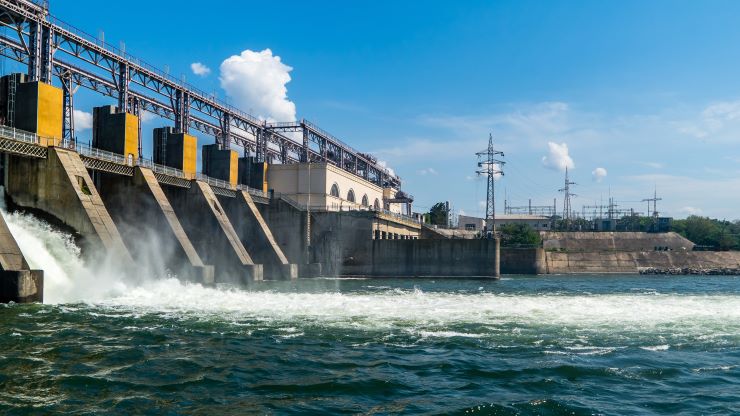 What are the advantages of green energy?

The main advantage is that renewable energies are cleaner than fossil fuels. Cleaner energy means fewer carbon emissions, resulting in a slower rate of climate change. Fossil fuels emit greenhouse gases into the atmosphere, breaking down the ozone layer. However, green energies, such as solar, hydro and wind, do not generate these emissions.

Secondly, renewable energies will never run out. Unlike coal, gas and oil, renewable energy lasts forever. Wind, sunlight and water are inexhaustible resources, so we don’t have to worry about using them all up, or searching for more and damaging the planet in the meantime.

Are there any disadvantages of green energy?

Some renewable energies are quite intermittent. For example, on a cloudy day your solar panels won’t work as efficiently as on a day with lots of sunlight. This also means that if you live in a place with less sunlight, then solar panels might not work well, meaning that your options are more limited if you want renewable energy at home. Wind turbines also require enough wind to generate enough electricity. Therefore, unreliable weather is a big disadvantage. Moreover, with hydro electricity, water in the dam can cause river flooding, destroying terrain and wildlife.

What is microgeneration of green energy?

Renewable energy is generated on a national level, however it can also be produced by individual households. This is called microgeneration. By installing solar panels, for example, you can generate some of your own electricity, instead of relying on a supplier for all of your electricity. In fact, sometimes you can sell back any excess electricity that you generate but don’t use yourself. By selling it back to the grid, you can actually get paid for your electricity!

The bigger your solar panels, the more money you can actually make. This is because larger solar panels means more electricity generated. If you are a household that tends not to use much electricity, then you can make a lot of money back.

Who are the greenest energy suppliers?

There are plenty of suppliers that can provide you with green energy. Most of the UK’s energy suppliers have 100% green electricity tariffs, so this isn’t too hard to find. However, finding green gas is a bit trickier. A few suppliers make efforts to offset all of their customers’ gas consumption. For example, Bulb offset 100% of their gas by investing in green energy projects. As well as this, they already provide 10% renewable gas.

In general, smaller suppliers tend to have greener tariffs on offer. The famous ‘Big 6’ do have some green tariffs, however you might have to compromise somewhat on price. Check out our guide about green suppliers for more information.

Are green and socially-conscious suppliers the same thing?

Switch to the best tariff on the market with Switch Plan!

Free service available Monday to Friday from 9am until 7pm