While wind, solar and biomass account for the lion’s share of our renewable energy fuel mix, hydroelectric power represents a scant 2.28% of our overall mix. But while it may seem like a drop in the ocean (pun very much intended), hydro energy represents an important and slowly growing part of our energy infrastructure. 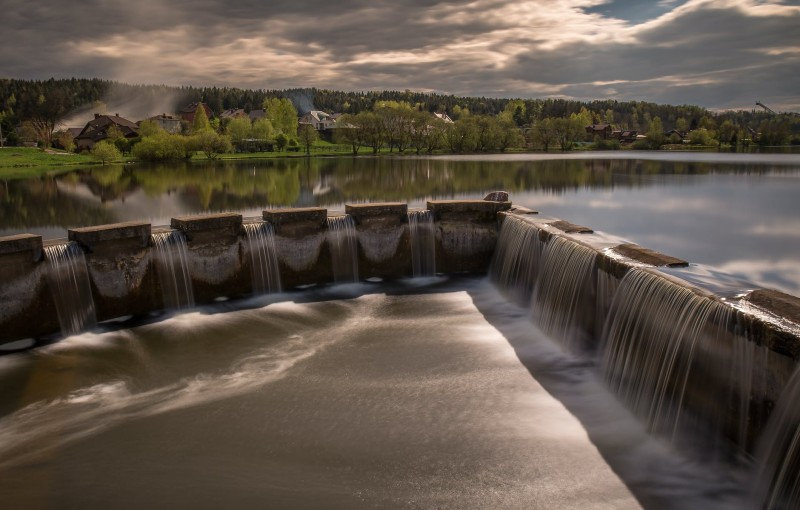 We all know that the future of the energy industry is renewables. Quite frankly, we’re running out of fossil fuels to burn in order to generate the electricity that powers our homes and businesses. The good news is that renewable energy sources have become a much greater part of our energy fuel mix and energy production than ever before. As of the first quarter of 2020, renewable energy sources have combined to form 52.23% of our national energy fuel mix, according to data from the energy watchdog Ofgem. For the first time ever, renewables like wind, solar, biomass and hydroelectric power have overtaken natural gas as our prominent means of generating electricity.

What is hydroelectric power?

Hydroelectric power is arguably one of our lesser known forms of renewable energy. While it has less of a presence in the UK than wind energy, solar power or even bioenergy (energy extracted during natural biological processes), it’s still a major global presence. According to the British Hydro Association, the UK Hydroelectricity industry employs over 7,000 people across the country. Furthermore, while it has a relatively small presence in the UK, it generates around 20% of the world’s electricity and a staggering 90% of the planet’s overall renewable power.

Today, we generate far less hydropower than countries like China, Brazil, Canada, Russia, and the USA. However, we have a pioneering history of generating hydroelectricity. We’ve been generating it for over 140 years, and the world’s first hydroelectric power machine was built here in 1878 by William Armstrong to power the lights of Cragside country house in Northumberland.

How does hydroelectric power work?

This energy is either available for use straight away, pumped into the national grid or stored fro later use.

There are three main kinds of hydroelectric power:

A fairly recent innovation, this form of hydropower generation harnesses the power of the sea’s changing tides. Tidal power turbines are placed in shallow coastal waters and as the tide flows back and forth, the kinetic energy moved through the turbines and powers the generator.

Though still untested, this has potential for great renewability as the tides ebb and flow several times throughout the day.

Tidal hydropower is also a source of great British innovation with the first ever tidal lagoon project planned for construction off the coast of Swansea in the coming years. This project could potentially generate enough power for 155,000 homes. If it proves successful, similar projects could also be installed in other key places along the UK coastline.

Run of the River

Run of the river hydroelectric power works on the same principle. The movements of natural rivers are used to move turbines that then power generators. However, it’s not the most efficient means of generating hydropower. It’s dependent on the river’s natural movements, making it difficult to control, unless the river is dammed. And because this energy is also difficult to store, much of it can go unused.

Run of the river systems do not usually require a reservoir or dam, making them relatively cheap to build. However, in some cases, a dam can be used to ensure that water pressures are increased, or more consistent.

Dams can be used to control the flow and pressure of water in a man-made lake or reservoir. Water is released through the dam, spinning a turbine that is connected to a generator, producing electricity. When the water has flowed through the dam, it returns to the river on the downstream side of the dam. As such, the energy produced is near-infinitely renewable. However, installing a dam can have a lasting and profound knock-on effect on local ecosystems including landscapes and fisheries.

One of the most scalable forms of hydroelectric power, pumped storage moves water between reservoirs at different altitudes. Water gains momentum and flows downwards at high speeds from through turbines which then generate electricity. The waster is then pumped back up to the higher reservoir and the cycle repeats.

Unfortunately, because energy is expended moving the water back and forth, this is not the most efficient form of hydroelectric power. It is predominantly used to supply the National Grid at short notice in the event of a power shortage.

What are the pros and cons of hydroelectric power?

While hydroelectric power has enormous potential, it’s not perfect. It is prone to certain inefficiencies and limitations that can potentially prevent it from being used at a larger scale in the UK.

Let’s take a look at some of the Pros & Cons of hydroelectric power in the table below: 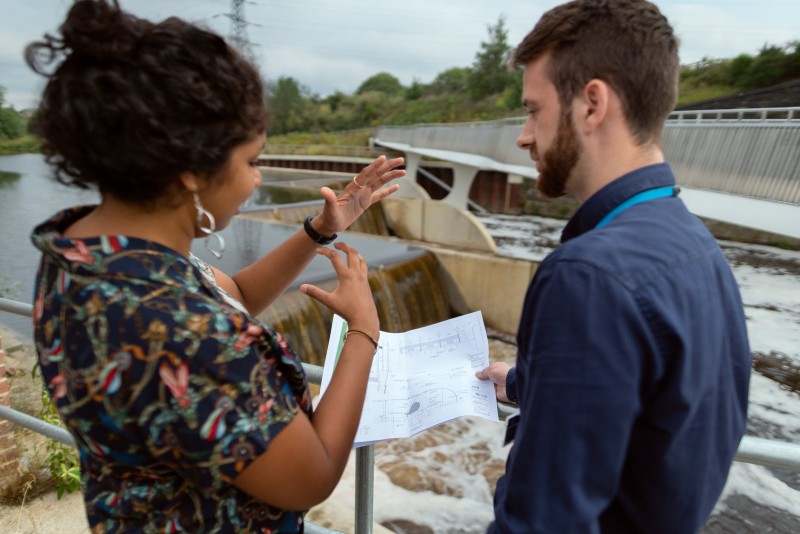 The UK’s hydropower projects and infrastructure

The UK has a number of different hydropower projects that are active right now. The largest of which by far is Dinorwig Hydro Power Station in the north west of Wales. This site has been active since 1984 and has a total capacity to generate up to 1,728 megawatts. Enough to power 2.5 million homes.

Up in Scotland, there’s the older Cruachan Power Station in Argyll and Bute. This site has been operating since 1965 and can generate 440 megawatts of hydroelectric power. Enough for up to 225,000 homes. As a pumped storage power station, it is often dormant, generating energy to support the National Grid in times of high demand.

England’s largest hydroelectric power plant is Kielder Power Station in Northumberland. This has been operating since 1982, and can produce around 20,000 megawatt hours of electricity per year. Enough to power approximately 4000 homes.

Who are the main hydropower providers?

Although there are over 50 active energy suppliers in the UK right now, relatively few (even those with a clear focus on renewability) have hydroelectric power as part of their fuel mix. The main hydropower providers include:

Hydropower has a lot of potential for providing clean energy for decades to come. If you want to support one of the suppliers that provides energy from hydropower, we can help you to find the perfect supplier and tariff for your needs. Making your home more sustainable, and reducing your energy bills too!

Furthermore, we can manage your switch from end-to-end, so you can enjoy cheaper, greener energy without the hassle and headaches that can come with switching.

What are the UK’s biggest hydroelectric dams?

Can hydroelectric power ever run out?

How efficient is hydropower?

Hydroelectric power is actually the most efficient of all renewables, with 90%of the kinetic energy generated converted into electricity. The only inefficiency is when generated power has to go to waste because it cannot be stored.

Why don’t we use more hydroelectricity?

The main bottleneck for the adoption of hydropower is our limited capacity. We are a small country with relatively few rivers. However, the upcoming Swansea Bay tidal lagoon project could potentially set a precedent for generating tidal energy around our coastline.