We all want to take active steps to drive down our energy bills and live our lives more sustainably. Switching to a green energy supplier and / or a renewable tariff can help us to do both. However, as the energy industry rises to the challenge of creating a world where we no longer need fossil fuels to generate electricity, it needs to consider new ways of harnessing the planet’s natural energies. Could geothermal energy be an efficient way to create a more renewable future?
Last updated: May 2021 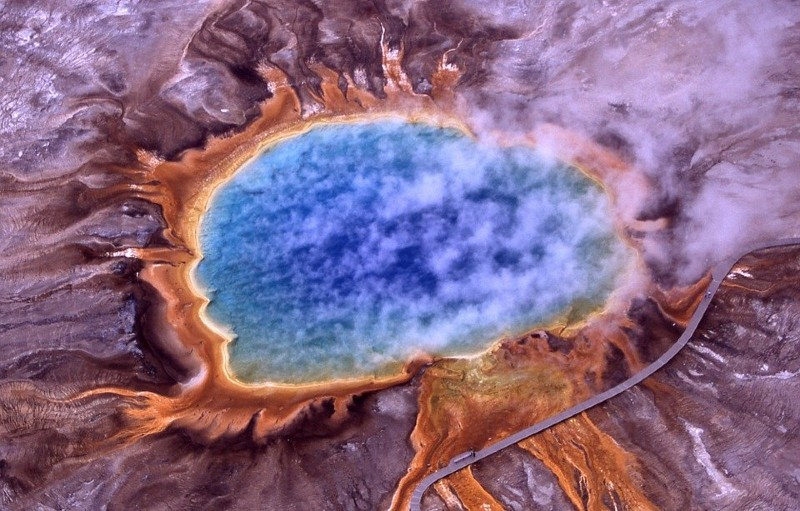 Most of us are familiar with solar power, wind farming, hydroelectricity and biomass energy. These methods of renewable energy production are infinitely scalable. They are employed in large scale energy farms and in domestic settings alike. In many ways, the same can be said for lesser-known geothermal energy. Here we’ll take a close look at geothermal energy, and its potential place in a more renewable future.

What is geothermal energy and how does it work?

Deep within the earth’s core the molten rock and magma can reach extraordinarily high temperatures of over 4000°C. And every now and then, we get a jarring reminder on the surface of just how explosive that heat can be. Every time we see a volcano, or even something as comparatively benign as a geyser erupt, we’re reminded of the enormous reserves of heat energy deep beneath us.

What’s more, geothermal power plants have harnessed this energy for over a century, with the first geothermal plant opening in Tuscany, Italy in 1904.

Geothermal energy is at a historical high, with 92 teraWatt hours (tWh) generated all over the world in 2019. An increase of 3% over the previous year. However, it is not currently on track to reach the required Sustainability Development Scenario (SDS) level, which would require 10% annual growth by 2030 to reach its target of 282 tWh per anum.

The International Energy Agency (IEA) has some useful data on geothermal energy, its rise and targets. You can access their website here.

The principle behind geothermal energy is not dissimilar to the principles behind nuclear energy generation. In both cases extreme heat is used to generate steam which powers a turbine that generates electricity. Although different geothermal power plants operate in slightly different ways.

Wells up to a mile or more in depth are drilled into underground heat reservoirs. The geothermal energy in rocks and water can be exploited naturally. However, enhanced geothermal systems can either enhance existing geothermal resources or create new ones from scratch.

These use a process called hydraulic stimulation which is not dissimilar to the process of hydraulic fracturing (fracking). Whether geothermal resources are natural or enhanced the resultant steam is used to drive turbines which then generate electricity.

What are the advantages of geothermal energy?

Because geothermal energy is a vast and relatively untapped resource, it brings with it a number of inherent benefits for generating electricity:

What are the disadvantages of geothermal energy?

All methods of energy generation have their inherent disadvantages. Even renewable energy sources like geothermal energy.

Here are some of the disadvantages of generating electricity in this way:

There are three distinct methods of geothermal energy generation:

This is the oldest method of generating electricity from geothermal energy. This takes steam directly from fractures within the earth to drive the turbine.

Pressurised hot water is drawn from deep underground and mixed with lower pressure cool water. This then creates steam that drives the turbine.

Because this is the most stable and reliable method, it is expected that most of tomorrow’s geothermal power plants will be binary plants. 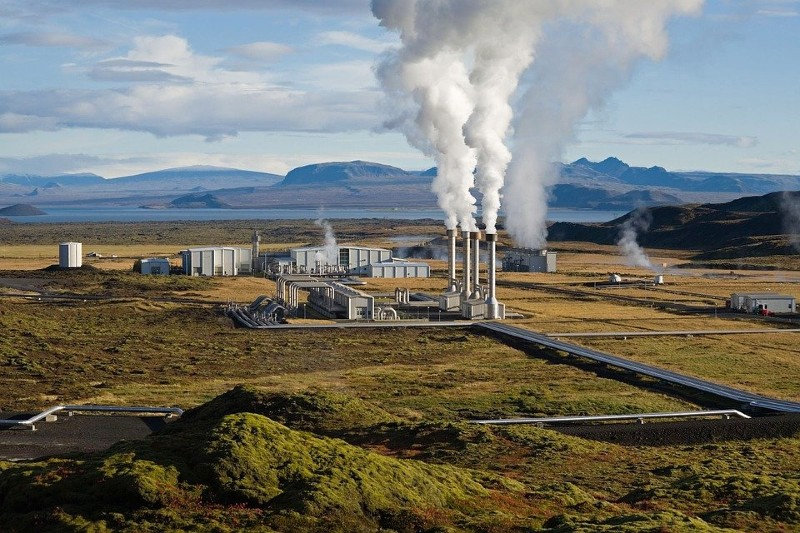 The sustainability of geothermal energy

If this practice is maintained, we can hopefully benefit from near-infinitely renewable geothermal energy for generations to come.

Although geothermal energy generation has yet to take off in the UK, we do have significant energy from renewable sources in our energy mix. What’s more, there are a wealth of green suppliers offering 100% renewable tariffs.

We can help you to find the perfect supplier and tariff. What’s more, we’ll manage your switch from end-to-end to ensure that you enjoy cheaper, greener energy hassle-free.

Is geothermal energy production possible in the UK?

At present the UK has no geothermal power plants. Nonetheless, the UK does have the potential for geothermal energy production. While we have no active volcanic sites, solar energy can still be harnessed from within the ground. Likewise granite deposits deep beneath the surface can act as energy exchanges, heating water in order to create steam that could drive a turbine.

Technically no. Although they do work on a very similar principle. Ground source heat pumps also take advantage of the natural heat energy deep below the ground. However, these pumps do not penetrate the earth’s surface to nearly the same degree that’s required for geothermal energy generation.

These pumps use a combination of water and antifreeze to transfer heat energy from within the ground to a heat exchanger in your home where it is used to heat up your home’s water supply.

While not technically geothermal energy, ground source heat pumps can be a great way to heat your home more renewably, saving you up to £1,200 a year.

How sustainable is geothermal energy?

Reserves of heat energy beneath the surface are vast and near-infinitely renewable. However, geothermal energy fluid must be pumped back into the underground reservoirs at a faster rate than it is depleted in order for it to remain sustainable.

Where is geothermal energy used?

Geothermal energy is not readily accessible all over the world. However, it is generated in 20 countries across the globe. The USA has numerous geothermal hot spots and Iceland also benefits from significant geothermal resources. Latin America also has a more modest geothermal capacity.

Other countries that harness geothermal energy include: