Is it worth getting your own private wind turbine?

What is a private wind turbine and is it worth getting one for your property? Well, A private wind turbine could generate electricity in your home and in some cases produce an excess that you can sell back to the National Grid. So, a private wind turbine can be well worth it as an investment. It all depends on how much land you have and the reliability of the wind.As we transition away from a fossil fuel based energy system to one that is based on renewable energy, power sources such as wind and solar are becoming more important. As well as large commercial level farms, it is also possible to produce wind energy at a domestic level. In this article, we will cover all that you need to know about having your own wind turbine.
Last update: April 2022 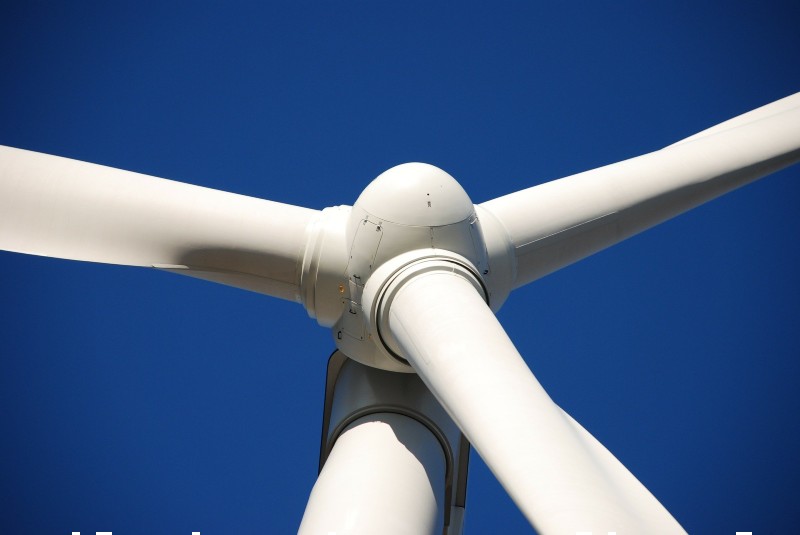 Are home wind turbines worth it?

Private wind turbines are essentially scaled down versions of the larger models you see perched in rows on hill tops and in offshore wind farms. Featuring a propeller mounted on a shaft, they can rotate to face the direction of the wind and as the blades turn, generate electricity through an integrated turbine.

At a domestic level you need to mount your turbine at a suitable height, away from protected areas such as behind trees and buildings. This usually involves using a large pole of some description. If you have enough regular wind and a large enough turbine, then a wind turbine can be a really good investment.

How big a wind turbine do you need to power a house?

The average home uses around 10,000 kWh of power per year. That’s around 830 kWh a month. Depending on the average wind speed in the area, a wind turbine rated between 5 to 15 kilowatts should be enough to meet this demand.

For example, a 1.5 kilowatt wind turbine will generate around 300 kWh per month if mounted in a location with consistent 14 mile per hour average annual wind speeds. However, you also need to bear in mind that some periods of the year are less windy than others, which may result in a shortfall.

It’s always best to over-spec your system and buy a private wind turbine that is bigger than your needs. But speak to a turbine expert and get some advice about local wind conditions before you make a purchase.

How do I get a wind turbine on my land?

If you are just installing a single wind turbine for private use (under a certain size) then you can do so without planning permission. The conditions are:

However, as well as private wind turbines, it is also possible to rent your land to wind farm providers. This involves leasing your land to an energy company for a fee. However, in order to generate one megawatt of power it is estimated that you need around 60 acres, so you will need to have a large amount of land to lease in order to make this viable.

Pros and cons of a private wind turbine

Installing a private wind turbine on your property has a number of advantages and disadvantages. Below we take a close look at some of them. First, the pros:

However, it is not all good news. 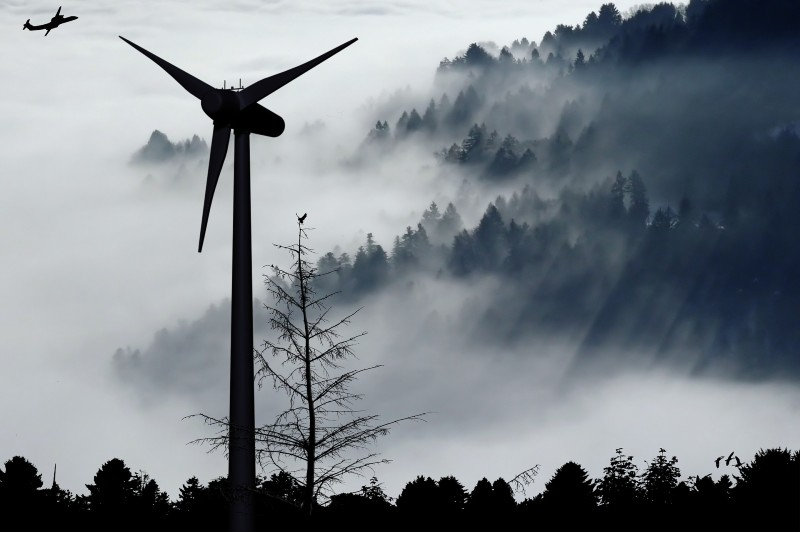 Wind turbine lifespan? Can I recycle a wind turbine?

Most commercial wind turbines have a lifespan of around 20 to 25 years. That is because parts wear out over time and the cost of replacing these and maintenance makes it cheaper and easier to replace the whole unit.

Much of the metal and fibreglass used can be recycled. However, turbines are often anchored to the ground using a lot of cement, which can’t be recycled. So, you need to think about the impact of installation on your property.

How much does a wind turbine cost in the UK?

However, there are newer models hitting the market all the time for much lower price tags and the overall cost is expected to come down over time. Micro systems that are enough to charge a battery bank for an off grid system cost around £800.

How long does a wind turbine take to pay for itself?

It depends on the size of the model and the strength of wind in your area. However, as an example, if you installed a 6kWh system at a cost of £25,000 that would give you a 25 year lifespan, so it would cost £1,000 a year. The average UK electric bill per year is £1,289, which means that after 19 years the system would start to make you savings.

However, a 6 kWh system might also produce more energy than you require, meaning you can sell the excess back to the grid and reduce the time it takes to pay for itself. So, you would be looking at around 10 to 15 years.

What is the best wind turbine for home use?

There are lots of makes and models of domestic wind turbines, and it can depend on the wind condition, budget and requirements as to which is the best. However, one of the top rated turbines includes the WINDMILL 1500W generator kit which is equipped with high voltage capacity and energy output.

The Tumo-Int 1000W wind turbine comes with a wind boosting controller and is another popular model. The Happybuy wind turbine is a cheaper option but produces a smaller amount of energy. A good mid-range option is the Windmax HY400 500W generator kit.

How much land is needed for a wind farm?

If you are planning on starting a commercial wind farm, then you will need around 60 acres in order to produce one megawatt of power. That’s because you need to have enough room for the numbers of turbines to make it profitable, as well as to keep the area clear enough to prevent wind interruption and provide all the access you need.

However, if you are thinking about a smaller scale domestic farm, then you will need a lot less land. The rules about keeping turbine areas free from trees and other obstructions still apply.

How much do farmers make from wind turbines on their land?

Wind lease terms can vary quite a lot, depending on the area and the terms of the contract. The payments generally come in two forms. The first is the payment for the lease of the land. The second is an ongoing payment according to how much energy is produced.

As a general rule of thumb, farmers get between £3,000 and £5,000 per megawatt of rated capacity per year or between 3 to 5% of the gross electricity sales depending on the lease deal,.

Would you like to know more about generating electricity? Great! Check our related articles.

Are home wind turbines worth it?

If you live in an area with regular reliable wind and can afford a system large enough to power your home and produce some excess then a wind turbine can be worth it. However, the savings will only start to be seen after some years as initial investment can be expensive.

How long does a wind turbine take to pay for itself?

It depends on the size of your system and cost of the initial set up. However, in most cases your domestic system will have paid for itself sometime between 10 years and 15 years after first use. If your system has a lifespan of between 20 and 25 years then you will be getting free renewable energy for between 10 and 15 years.

Well, if you’re standing underneath one in full flow then they can be noisy but seeing as they’re usually located on top of mountains or out at sea it is very unlikely that you would live close by to notice. Yes, you can hear them in the distance but it’s no noisier than a distant road. Plus, when they are spinning it means it’s windy, so you probably can’t heat them anyway.

What is a wind turbine lifespan?

Most wind turbines are designed to last between 20 and 25 years. That’s because parts wear out over time and the efficiency is eventually lost. Most parts of the turbine itself are recyclable but any concrete used to anchor the system will have an impact on the sustainability.

I a nice east to read with good information. However I would like to ask a question, I have no idea on indicationg wind speed or seen any devices on sale for this and what size I would need to just charge up a hybread car up and what voltage. My many thanks to you and your team, well done, Howard