Together Energy reviews - what do their customers say? 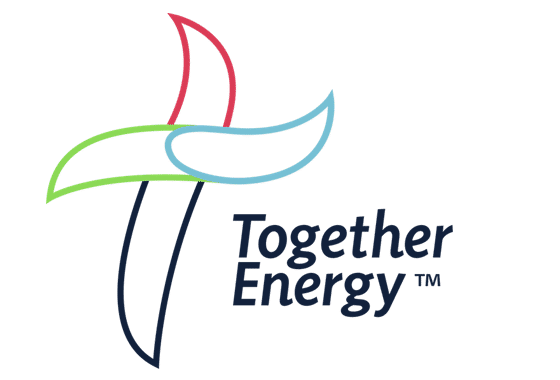 Looking to switch over to Together Energy?

papernest disclaims that they are in partnership with Together energy

Looking to switch over to Together Energy?

Papernest disclaims that they are in partnership with Together Energy

Together Energy is one of the UK’s smaller gas and electricity suppliers. It serves around 150,000 customers across the country, with more households switching to the supplier every year. Although reviews for Together Energy were generally positive when the company launched back in 2016, they’ve gone steadily downhill. If you’re considering a move to the supplier, taking a look at these reviews, and finding out what their customers really think of them, will help you make up your mind.
Last update: February 2021

Together Energy claims that its 2 and 3-year fixed deals are the cheapest in the UK. It also promises to provide customers with clear, easy to understand bills and a high level of customer service.

Who is Together Energy?

Is Together Energy’s customer service any good?

On its website and in its promotional materials, Together Energy places a significant emphasis on customer service. However, reviews for Together Energy are generally fairly critical. In a recent customer satisfaction survey, Together Energy came 35th out of 35, scoring an average of just two out of five stars for services across the board. Some of the main complaints from customers related to billing. A lot of households supplied by Together Energy seemed to feel that their bills were less than accurate, even when regular meter readings were provided. This isn’t a great result for a company that’s supposed to pride itself on low-cost tariffs and affordability.

More often than not, customers get in touch with their energy provider in order to resolve an issue. Whether they’re trying to rectify an incorrect bill, change their account details or switch tariffs, customers need to know that their issue will be dealt with, and resolved, quickly and efficiently.
Unfortunately, this seems to be another area where Together Energy falls short. One online review for the company read:
“They ignore emails and when one speaks to them on the phone they don’t do what they say they will.”

Another said:
I have had ongoing issues for six months that are still not resolved. Most of the times I’ve called I’ve been told I would be called back within an hour and I’ve never once received a call back. Issues with them have caused unnecessary stress.”
According to Ofgem’s complaints data, issue resolution at Together Energy has got significantly worse since the start of 2019. Between January and March 2019, the company resolved 23% of complaints the same or next working day. However, between April and June of that year, just 4% of complaints were resolved within 48 hours.
Complaints data shows that Together Energy is one of the most complained about small suppliers. Between January and March 2019, the supplier received 192 complaints per 10,000 customers. That’s compared to just 6 for So Energy, another smaller energy company. Between July and September 2019, things were even worse with a whopping 396 complaints per 10,000 customers.

A company’s response time represents how long it takes for that company to pick up the phone or answer an email when you try to get in touch. According to recent data, Together Energy takes around five minutes to answer calls. While this may not sound too bad, a lot of energy companies managed to pick up the phone a lot quicker, with the best able to answer calls in less than 20 seconds.
When it comes to email response times, Together Energy is around average. In general, it will take about a day to get a reply. This means emailing is a good option if your query isn’t urgent.

As Together Energy bills itself as a low cost energy provider, it’s important to consider the affordability of the company’s tariffs when looking at Together Energy reviews.
A lot of the company’s customers seem to feel like they’re being overcharged by the supplier. Inaccurate bills mean that a lot of households supplied by Together Energy aren’t paying the right amount. This can make their tariffs a lot less affordable.
What’s more, the longest Together Energy fixed rate deals have an exit fee of £50 per fuel. This means you’ll be left £100 out of pocket if you’re a dual fuel customer leaving their contract early.
The tables below show the unit prices and standing charges of Together Energy tariffs by region:

Pros and cons of Together Energy What do Together Energy customers say about them?

Prior to 2019, reviews for Together Energy weren’t too bad. However, at the beginning of 2019, Together Energy was handed an additional 36,000 customers by Ofgem when rival energy company OneSelect went bust. This meant that the number of homes served by Together Energy more than doubled overnight.
Together Energy seems to be struggling to cope with the influx of these new customers and complaints to Ofgem about the supplier increased significantly. The supplier currently has a TrustPilot rating of just 2.5, this puts it 47th out of 48 in the review site’s ‘gas’ category. It’s also rated ‘poor’ or ‘bad’ by a significant 62% of reviewers.
Among Together Energy reviews posted on impartial sites are:
“Together energy. I was with them 2 years ago. My account was in credit when I left to move to another supplier. It took me 6 months of me ringing them to get my money back. They are now saying I owe them money and have passed my “debt” onto a dept collector who keeps hassling me.”
“I am no longer with them but were a customer for about 2 years but I have always found their customer service very good.”
“Over the 18 months we’ve been with them […] not one bill is accurate and all I was told when I contacted them was that it was difficult to tell whether the account was correct as a lot of times estimates were used!”

Does Together Energy listen to its customers

Together Energy says that, instead of asking members of staff to read from a script, it encourages them to really listen to their customers and ‘do what’s right’. In many cases, this approach pays off. However, with a large number of Together Energy reviews specifically mentioning poor customer service, it looks like the company still has a way to go before its customers feel truly listened to.

Together Energy in the news

The main news stories relating to Together Energy in the last few years have mostly revolved around the number of complaints made about the company. A number of news outlets reported on Together Energy’s takeover of OneSelect’s customers and on the resulting surge in complaints and customer service issues.
More recently, Together Energy has been in the news because of its acquisition of Bristol Energy’s customer base. In 2020, the supplier bought Bristol Energy’s customers for £14m. The supplier had been for sale since June 2020.