Although the Energy Price Cap will be officially announced in August by Ofgem, everything seems to point towards another hefty increase. The last announcement in February for the April price cap saw a staggering 54 % increase which equaled £693. Experts believe that the coming new cap that would be effective from October onwards will see a similar increase. This will come as a heavy blow for UK households, many of whom already face considerable difficulties in paying their bills.
Published on: 07-06-2022 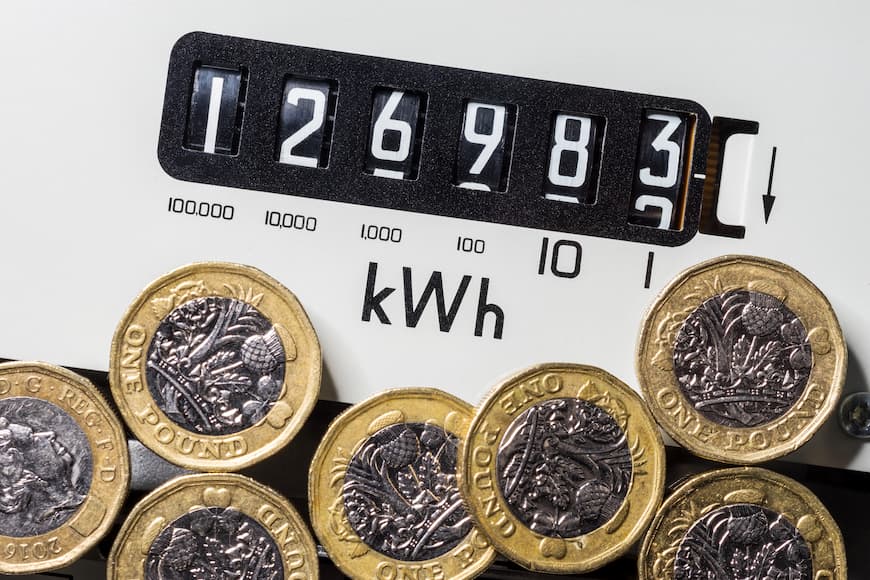 Analysts at Cornwall insight estimate that the price cap in October 2022 will be £2,879 per year for an average UK household. They also foresee the price cap to increase over £2,900 in 2023. The current energy price cap lies at £1,971, which would mean an increase of £908 or 46% The per kWh maximum price set in April 2022 was £0.28 for electricity and £0.07 for gas. These unit prices are then converted to a yearly average cap. Look here to check how the average price is calculated. How much the per kWh price will be in October is of course not decided yet, however, based on the prediction of the total price cap the electricity price could be close to £0.40 per kWh whereas for gas over £0.10 per kWh looks likely. 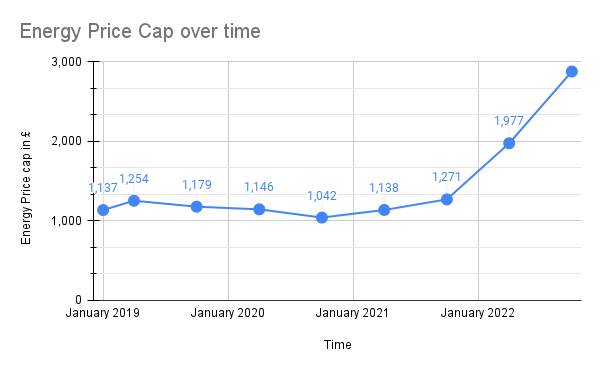 What is the energy price cap?

The Energy Price Cap is an upper limit for the tariffs that is imposed on energy provide. Ofgem regulates the energy cap and updates it twice a year in April and October based on market developments. The cap is designed to ensure that consumers do not pay too much for their energy while at the same time allowing energy providers to earn enough revenue to continue operating.

Why does the price cap keep increasing so much?

The main force behind the increase is obviously the war in Ukraine, which has put tremendous upward pressure on energy wholesale prices. The Ukraine war officially had not started yet when Ofgem announced the height of the current energy price cap to be introduced in April 2022. There were already some tensions in the Ukraine area at that time but nothing like we saw in the months after that. The Energy price cap in April already increased tremendously compared to the cap of October 2021, with a £693 increase putting heavy pressure on energy bills for UK households. The cap has been rising with an astonishing rate in the last eyar as you can see in the graph below. In the graph we added the predicted value of the new price cap as well which highlights the

Will the government provide any support?

For the previous increase the government announced several support schemes to support people in paying their energy bills. Including the following:

For October 2022, the government already announced the energy support scheme, which is a £400 discount for all households with a domestic electricity connection.

What will happen to my bills in the end?

Unless you are on a fixed contract that does not expire yet, be prepared for a rise in your bills. With world leaders discussing the options of banning imports of Russian gas and oil, the prices for oil and gas currently in the market are likely to rise further. If the Energy cap actually ends up being as high as estimated, the chance is very likely that a lot of suppliers will actually have tariffs that are close to the amount of the cap. Their costs have increased heavily because of the developments in the Ukraine war and they need the extra revenue to cover up for these costs.