Fighting climate change: How can we contribute?


Climate change might sound like it’s inevitable but the reality is that we can stop it if we act now. It involves changing attitudes at a personal, local, national and international level. But, luckily, the seeds of that change have already been planted. 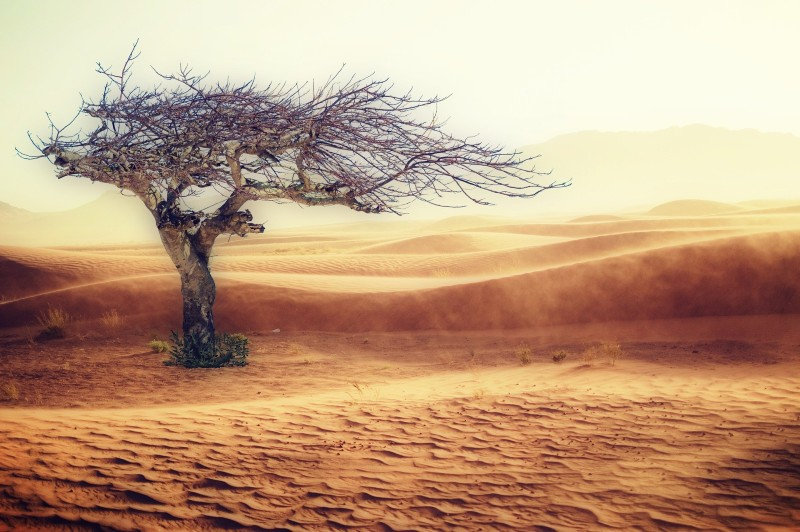 This guide aims to tell you everything you need to know about climate change and what you can do to help stop it. Keep reading to find out more.

What is climate change in a simple definition?

Climate change, also known as global warming, is the process by which the earth’s climate and average temperature are changing. The planet’s average temperature is about 15˚C but this has been higher or lower in the past. At the current time, the temperature is rising thanks in large part due to the increased carbon dioxide emissions caused by human activity.

In the past, fluctuations have been caused naturally and occur gradually over time. This gives the planet time to adjust and regulate. The current state of climate change is seeing relatively rapid increases in temperature which are having extreme effects on weather around the world.

Climate change is also linked to the greenhouse effect, which is the way the earth’s atmosphere traps some of the sun’s energy, causing an increase in temperature. Solar energy is absorbed by greenhouse gases which helps the earth to stay warm enough to sustain life. However, an excess of this gas is causing too much heat energy to get trapped, causing a spike in temperatures.

What is climate change caused by?

According to the Met Office, the evidence is clear that the main cause of climate change is human behaviour. This includes the burning of fossil fuels such as gas and oil. This releases carbon dioxide into the air which is causing the planet to heat up.

Since the Industrial Revolution in the 1800s, the global temperature has been steadily rising at a faster rate than ever before. Burning these fossil fuels to drive industry and heat our homes has the adverse effect of heating our planet and causing potentially devastating harm in the future.

Today, there is more carbon dioxide in the atmosphere than at any time in at least the last 800,000 years, at least. During the 20th and 21st century, the levels of CO2 in the atmosphere have increased by 40%. Human activity has increased the amounts of greenhouse gases too, trapping more of the sun’s energy and causing the planet to heat up

What are the five causes of climate change?

Humans are producing CO2 and greenhouse gases in many ways. However, there are some key activities that are the main offenders in terms of increasing the amount of CO2 in the air. These include:

These are just five of the ways our actions and lifestyle are damaging the planet we call home. There are many others, from using air conditioners and central heating to creating plastics and using other unsustainable materials. We all need to think about how we live our lives and the choices we make to limit our impact on the planet.

How is climate change harmful?

So, why is climate change a bad thing? The idea of being a few degrees warmer doesn’t seem that bad. However, the reality of even a small change in temperature can have massive consequences around the world. It’s not just an issue that affects a few polar bears and penguins at the poles, but a serious problem that can have an effect on all our lives.

Here are some of the most serious potential issues:

How do we stop climate change?

In order to stop climate change, we need to act and act quickly. We need to support action at an international and national level, voting for people who have placed climate change action at the top of the agenda. Each year that we are not focused on fighting this issue is another year wasted.

However, we can also take individual responsibility at a local and personal level. This includes making changes to the way we live. This could include:

These are only small actions but if we all do them they can make a difference. But the biggest thing you can do is speak up and apply pressure to those that make decisions. Write to your MP, lobby your local council and generally spread the message that something needs to be done.

In order to stop climate change we all need to act together to stop using fossil fuels, stop wasting water and be more sensible about how we treat our natural resources. How long do we have to stop climate change?

Some doom mongers say that it may already be too late and we have passed the point of no return in terms of preventing global heating and ice cap melting. But other studies show there is still time. But the window for action is closing rapidly.

Last year, the Intergovernmental Panel on Climate Change (IPCC) said that in order to minimise the increase in global temperatures below 1.5˚C this century, emissions of carbon dioxide would need to be cut by 45% by 2030. That gives us ten years to change our lifestyles and start living in a cleaner and greener way – both here at home and across the world. It’s a big challenge but it’s not impossible.

How to change your energy consumption habits

There are plenty of changes that we can all make to reduce our consumption of energy and power:

These may seem like small changes but they can make a big difference.

Being energy efficient at home involves changing the way we think about energy and using technology to reduce our consumption. A smart thermostat and smart meter can help us to be cleverer about how we heat our homes. We can break down our homes into zones, rather than heating the whole thing. Smart meters let us keep a closer eye on consumption and can learn our habits to help us consume less.

It is also about choosing where we get our energy from. More and more is being produced in a renewable way, from sustainable sources such as wind, tidal and solar power. By choosing an energy provider with a greener fuel mix, and less reliance on fossil fuels, you can make a big difference. And it has never been easier to switch energy providers in the UK.

Why use renewable energy?

Renewable energy sources are the obvious choice to help fight climate change for many reasons. Unlike fossil fuels, they do not result in releasing millions of tonnes of stored carbon into the atmosphere. Even fuels that do require burning, such as biomass, involve using sustainably grown and sourced fuel sources that are carbon neutral.

Energy sources such as wind and solar do require some infrastructure and investment, but once built they produce green and clean energy for years to come. The UK is investing heavily in wind energy, with around 40% of its electricity coming this way in 2019.

The key to being more energy efficient at any level is to reduce the amount we use, in terms of energy and other materials. We should reuse where possible, with things like plastic bags being a key example of wasteful use of resources. And rather than throwing away, we should recycle materials where possible.

This is a major area of pollution in the UK and around the world. In order to reduce your impact, you can either take public transport, which is much less damaging, or invest in the new generation of hybrid and electric vehicles which are much less harmful.

Meat is a major producer of greenhouse gases so eat less or become a vegetarian. However, some crops like palm oil are also bad for the environment as they involve large areas of deforestation. Try and eat local, sensibly and if possible, grow your own.

What you can do to fight climate change

By changing your attitude and making small changes you can do a lot to help. But don’t just stop at yourself, try and convince friends and family to make small changes too.

One of the first things you can do is switch your energy provider to a greener and more sustainable supplier. There are plenty out there in the UK, such as Bulb and Octopus, that offer a much cleaner fuel mix.