E.ON Energy Reviews: How good is their customer service?

Looking to switch over to E.ON?

papernest disclaims that they are not in partnership with E.ON

Looking to switch over to E.ON?

papernest disclaims that they are not in partnership with E.ON

Summary: E.On reviews are vital in getting an accurate picture of the company’s service. After all, big companies like E.On have a lot of capital that they can channel into making themselves look appealing to prospective customers online. All of the “Big 6” energy suppliers together supply around 70% of the UK’s energy. As savvy consumers, we have to ask ourselves whether that’s because they’re the best… or because they’re the best known. While E.On’s official website can be a useful source of information, the claims made by the brand should always be weighed against the experiences of real energy consumers just like you.

Finding the best energy supplier can be a real challenge in 2021. Why? Because every energy supplier is the best… at least if their own marketing and PR efforts are to be believed. And when you carry out online searches into energy suppliers, it’s usually their precision-engineered marketing copy that reaches your eyes first of all. You’ll be assailed by lots of bold claims about their commitment to customer service, their increasingly renewable energy fuel mix, and how they offer better value for money than their competitors. But when you’re looking into a big company like E.On, customers’ reviews speak far more eloquently than any marketing copy.

On this page we’ll look at what their customer reviews say about E.On, and measure their performance in all the areas that matter the most to you as an energy consumer. Hopefully, this will allow you to see the bigger picture and decide whether E.On is the best supplier for your home.

What is E.ON’s customer score?

For the purposes of this post, we’ll predominantly be looking at E.On reviews on Trustpilot to gauge customer opinion of E.On. This is a reliable source of verified reviews from genuine customers.

On their Trustpilot page, E.On have a total of 15,603 customer reviews with an overall customer score of 3.9 out of 5. 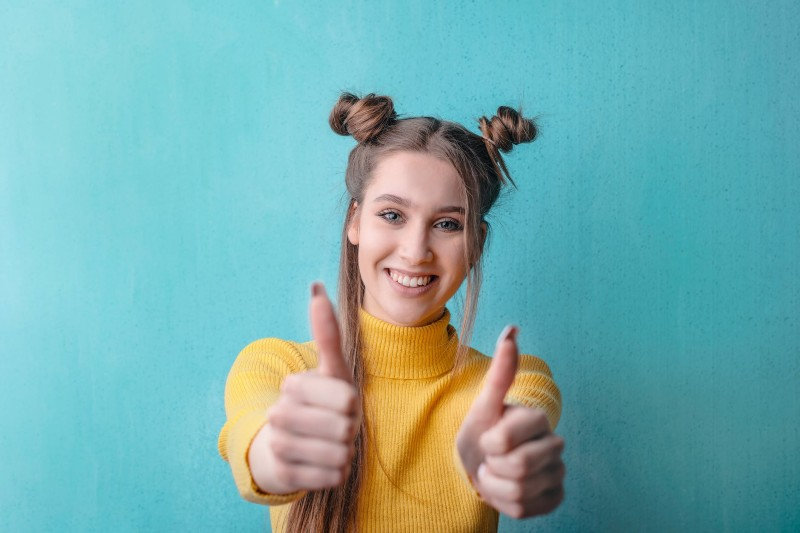 A YouGov consumer poll reveals that among UK consumers, E.On enjoy a fairly favourable opinion. Out of 1218 interviews carried out between July 2020 and October 2020:

Another independent consumer study with 7,355 respondents found that Eon came joint-24th out of the 35 energy companies. The company ranked jointly with E and SSE Energy.

E.ON reviews: What do customers say about them?

At first glance, E.On appear to have a pretty respectable customer satisfaction score. Among the “Big 6” energy suppliers, E.On ranks pretty highly, out-performing titans like British Gas and Scottish Power. However, it is still far behind rival companies like its fastest-growing rival Ovo Energy (which recently acquired SSE).

For a greater understanding of how E.On treats their customers, we’ll need to dive a little deeper into some of their customer reviews. Let’s look at the good, the bad and the ugly of E.On’s reviews…

Prominent features among positive customer reviews are politeness and helpfulness of customer service staff, quick and efficient installation of smart meters, and a smooth transition of service from previous suppliers. Where smart meters were installed, customers were also impressed with their technicians’ COVID-safe approach.

Below, we’ve cherry-picked some quotes that will hopefully paint a picture of various customers’ positive experiences with the brand:

While the majority of reviews are either positive or very positive, like all suppliers E.On is responsible for a number of negative customer experiences. These are mainly based around miscommunications, mishaps with smart meters, billing errors and long waits for customer service representatives.

While these certainly don’t seem to be the experiences of most customers, they should be noted in order to get an accurate understanding of customers’ perception of the supplier:

This last complaint really emphasises the importance of being proactive and checking / reporting your meter readings regularly. No matter who your supplier is.

Fortunately, reviews where sentiments became ugly were relatively few for E.On. However, reviews that get ugly get really ugly. However, when they do, some serious accusations are levied. From poor customer service to serious misdemeanours such as “lied and ruined my credit rating”, we include them here in the interests of balance:

Again, these customer complaints provide a cautionary tale that reminds us of the importance of being proactive and checking our usage regularly. Although there certainly seem to have been instances where this has been exacerbated by mismanagement.

Response time: How quickly do E.On respond to queries?

The last thing energy consumers want is to spend their valuable time tethered to the phone, waiting for a customer service representative to get in touch with them. So, how do E.On perform on this score?

An independent study last year found that E.On took an average of 9 minutes and 8 seconds to answer the phone to its customers. In terms of call-waiting times, this is on the slow side of average. It’s certainly a far cry from the fastest pick-up time with smaller company So Energy taking only 38 seconds on average. However, it’s far faster than some of the worst of the “Big 6” such as Scottish Power, which took more than 21 minutes on average to answer the phone.

Although E.ON also have a customer email address, the fastest way to speak to a customer service representative is via the Live Chat function on their website. This is usually answered within just over 4 and a half minutes on average. 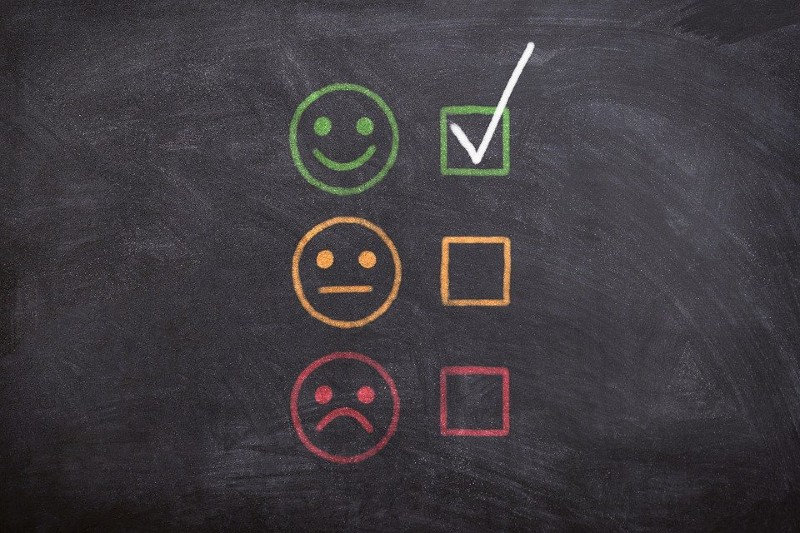 Issue resolution: How do E.ON handle problems and complaints?

Before choosing an energy supplier, you need to know that they’ll be able to respond in a timely and decisive manner to issues, and take customer complaints seriously. At the time of writing, none of the most negative Trustpilot reviews has been addressed by E.ON, with some of them over 2 days old. However, as we’ll see shortly, they do respond to the majority of reviews in a timely fashion.

In responding to customer issues and complaints, E.On has published some encouraging data for 2020. Complaints have dipped considerably from the first to second quarter from 86,783 to 39,729. However, the brand admits that this may be due in no small part to the pandemic. Of 39,729 complaints, 33,666 have been resolved, and 86% of these were resolved within 8 weeks.

You can read more here

Energy industry watchdog Ofgem’s data suggests that E.On gets a relatively high number of complaints compared with other suppliers. However, it concedes that the majority of these are resolved within 8 weeks.

Here you can see how E.On have responded to this data in two open letters to the regulatory body. These detail changes that have been made to their complaints handling procedures and how the majority of their customers agree that the supplier has resolved complaints to their satisfaction.

The most recent (published in 2016) says— “We have the highest ‘maintained’ rate for Ombudsman cases (i.e. when the Ombudsman agrees with the resolution we have offered) in the industry.”

If we use engagement with Trustpilot reviews as a metric (and since suppliers actively solicit these reviews, it seems fair to), E.On listen to the majority of customers when they leave negative reviews. The brand has responded to 72% of negative reviews left by customers, and usually responds within 24 hours.

However, it’s worth noting that E.On UK flagged 13 of their negative Trustpilot reviews. Of these, 46% were found by Trustpilot to be flagged for invalid reasons.

Ease of use: How do E.On make it easy to take control of your energy?

As we’ve seen from some of the negative E.On reviews, when consumers lose control of their energy use it can lead to some seriously negative outcomes. The easier suppliers can make it to take control of your energy use, the better.

Many customers on Trustpilot praised how easy their smart meters made it to track their energy usage and ensure accurate billing. Ease and competence of installation are also common features in positive reviews.

Some reviews also mention E.On’s customer app which also allows them to send meter readings and check their bills. When it comes to reviews of the app itself, which you can see here, they’re something of a mixed bag.

While customers seem to appreciate the function of the app, there appear to be login issues and problems caused by updates.

E.On have had their fair share of complaints and negative reviews. However, their customer service has won a number of awards in 2020.

In the uSwitch and YouGov energy awards they won Best

E.On in the news: What the headlines say

As you may expect from a big supplier and prominent figure in the market, E.On has been the subject of much attention in the press. Some of it has been positive. Some has been negative.

Let’s take a look at some recent headlines in chronological order:

E.On comes under fire for being the first to announce that it would increase energy bills just 4 days after the price cap was raised. Source: The Independent

Think E.On are the right supplier for you? We’re here to help!

If you’ve decided that E.On are the best supplier to meet your needs, we’re here to help ensure a smooth, seamless and stress-free switch.

As well as finding the perfect tariff for you, we can manage your switch from end-to-end to ensure that you get great savings and a renewable tariff without hassle or fuss.